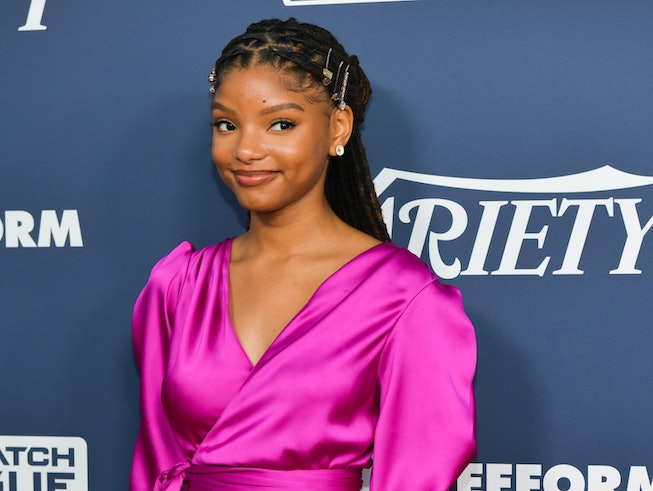 The live-action adaptation of everyone’s favorite secretly twisted fairytale Little Mermaid has finished filming. At least that’s according to Halle Bailey, who stars in the film as the titular mermaid, who posted a photo of herself on Instagram wearing mermaid garb and chilling in the water on the Italian coast. Though a silhouette, it was still far better than the two photos JustJared posted from the set last month, which show Bailey on land, wearing some rags. All we want to see is a tail!

This latest iteration of the much-adapted film will have music scored by Lin Manuel Miranda (because, of course it will), but will not be shot entirely underwater, which is what Sofia Coppola wanted to do when she was briefly attached to the live-action Little Mermaid remake that did not happen.

“And just like that..that’s a wrap,” Bailey wrote in her caption. “After auditioning for this film when I was 18 just about to turn 19, to now finishing filming through a pandemic when I turned 21 ... we have finally made it.” She went on to thank cast members Jonah Hauer-King, who plays Prince Eric, Jacob Tremblay (Flounder), Javier Bardem (King Triton), Melissa McCarthy (Ursula), Awkwafina (Scuttle) and Daveed Diggs (Sebastian).

Bailey, who is also one-half of the sister music duo Chloe x Halle (she’s got some pipes!) describes the experience as being difficult. “It has been the toughest experience being away from everything and everyone I’ve ever known, to feeling self doubt/ loneliness, but also feeling such freedom and perseverance as I’ve reached the end,” she wrote. “This experience has made me so much stronger than I ever thought I could be.”

There’s not an official release date set yet for The Little Mermaid, but in the meantime you can watch Cruella, if you really need a scratch a live-action Disney remake itch.