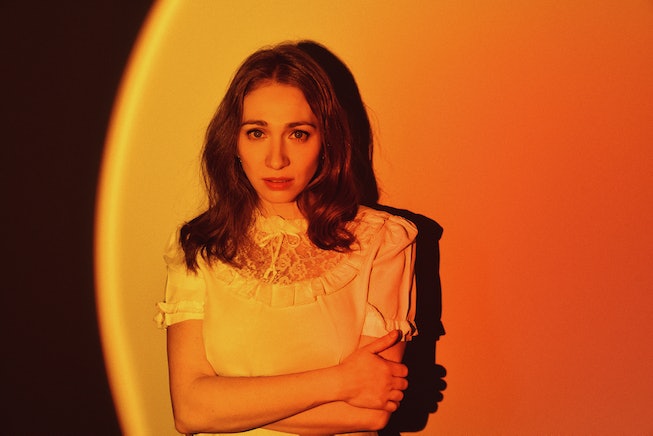 Regina Spektor isn’t for everyone, but the people for whom she’s for, she’s really for. Intoxicating at best, confusing at worst, Spektor leaves you hanging on to every word and every strange, bubbling vocalization of her twisted, macabre poetry that’s as equally fitting for a rom-com (looking at you, 500 Days of Summer) as it is for a funeral. Spektor is a capital-A Artist who over the course of the last two decades has released only seven albums of the anti-folk genre she’s come to define. Now, Spektor is announcing her eighth and latest album Home, before and after — her first in five years — which will release on June 24. Along with the announcement is the release of the single “Becoming All Alone,” a beautiful little gift about someone walking past bars and bodegas who talks to God — a surreal tale that strikes Spektor’s quintessential tone that’s as emotional as it is silly.

See everything to know about Home, before and after, below.

The album is inspired by New York City

Spektor has lots of love for New York City. Along with her track “Summer in the City,” Spektor has her own sign on the Bronx Wall of Fame as well as her own day (June 11, 2019 was dubbed “Regina Spektor Day” by former Mayor Bill DeBlasio); now Home, before and after is another memento tying her to the city. Spektor grew up in the Bronx after her family immigrated from Moscow when she was nine years old, though Home, before and after was recorded in upstate New York.

There are ten tracks on the album

Spektor also released the tracklist, which includes the deep cut “Loveology” alongside Home, before and after’s first single “Becoming All Alone.”

There will soon be more Regina Spektor on Spotify

To celebrate 20 years since her debut album 11:11, Spektor is releasing a new box set edition of the record, with previously unreleased songs and will make it available on streaming platforms for the first time. A good year for Regina fans!

She also hitting the road

Spektor announced a few short string of performances for lucky fans who happen to live in NYC, Colorado, and Utah. Fingers crossed for more dates later on.