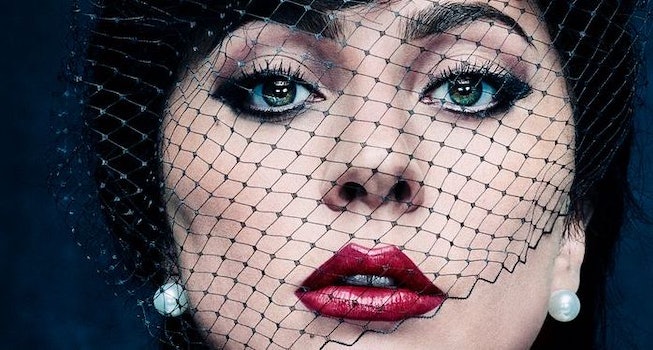 Lady Gaga swapped her Chromatica wig in favor of her acting hat this year and is set to the return to the big screen in the role of famed Gucci widow Patrizia Reggiani in Ridley Scott’s upcoming feature, House of Gucci. Teaser photos of the cast (which includes Adam Driver, Al Pacino, Jared Leto, and Jeremy Irons) have made the rounds online throughout the year — much to the chagrin of the actual Gucci family who has called them “horrible, ugly, and offensive.” Finally, we’re getting official theatrical photos of the cast, which may or may not send the IRL Gucci family into a tailspin.

Gaga posted the dramatic photo, accompanied by the Italian word “Stasera,” which translates to “tonight.” (Before she’s Lady Gaga, she’s the proudly Italian-American Stefani Joanne Angelina Germanotta — and don’t you forget it!) Does her little code switch mean that we’ll also be getting a trailer to satiate us until the film’s official November release? La dolce vita, indeed.

In the poster, Gaga looks funeral chic, which makes sense as Reggiani was referred to as “the Black widow” by the Italian media during her trial for hiring a hitman for her ex-husband, Mauricio Gucci, after he left her for a younger woman. Reggiani was given a 29-year prison sentence, but was released in 2016, after rejecting her first offer for release in 2011 because it required her to seek employment. “I’ve never worked a day in my life and I don’t intend to start now,” she told her lawyers in one of the most iconic statements in the history of the written word.

The theatrical posters also include the rest of the cast, most notably an unrecognizable Leto as the balding and pudgy Paolo Gucci, the man behind the luxury brand’s iconic double G logo. Mauricio’s second cousin Patrizia Gucci will likely be sick at the photos of Leto, which she openly hated when they leaked back in April. “Horrible, horrible,” she said at the time. I still feel offended.” Patrizia, if you’re reading this, let us know if the sentiment still stands.