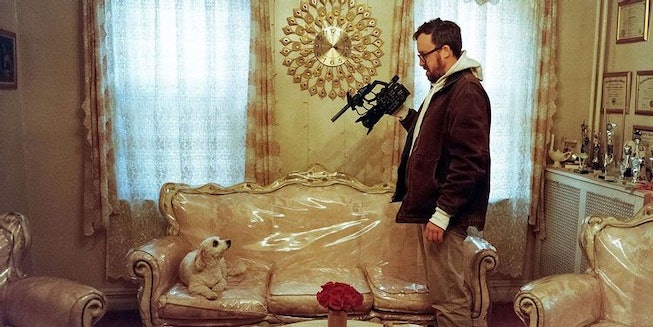 People who don’t live in New York City love to lament about how the city is over, which is not only annoying, but also fundamentally wrong. New York City will never be dead as long as New Yorkers continue living their lives and making people in the suburbs mad for no reason. Thankfully, the naysayers will be further proven wrong thanks to How To with John Wilson, the acclaimed comedy docu-series from filmmaker John Wilson, which returns to HBO Max for Season 2 on November 26, and debuted a glimpse of its new season on October 25.

How To with John Wilson follows Wilson, a self-described “anxious New Yorker” who attempts to give advice while navigating his own personal issues, all while memorializing the beautiful mundanities of city life. The first season of How To with John Wilson proved itself to be both irreverent in its humor, incredibly heartwarming, and at times, even sad, and covered topics from small talk to the city’s ubiquitous love affair with scaffolding through tutorials. The episodes are often meandering, with Wilson willing to follow any whim presented to him, which is how the episode titled "How to Improve Your Memory" ends up with the crew attending a conference on the Mandela effect phenomenon in Ketchum, Idaho.

How To with John Wilson Season 2 will continue following Wilson on his journeys of self-discovery, and the season’s teaser trailer offered a new slice of wacky New York City life that made the show so endearing. Footage of sausages cooking on a pan are spliced with classic “only in New York” moments, like a person embracing dozens of pigeons, urban wildlife, and resourcefulness and determination it takes to transport anything remotely large, like a mattress.

“I’m really shocked. I did not think that it would resonate with this many people,” said Wilson of the show’s success to Rolling Stone in December 2020. “It’s a very strange feeling and really overwhelming. But it’s all in my phone, and my physical reality hasn’t changed at all. I go outside and people still don’t want to talk to me, which is fine.”

Season 2 includes six new episodes, and brings back Nathan For You star Nathan Fielder as executive producer, along with Michael Koman, and Clark Reinking. How To with John Wilson Season 1 is available to stream on HBO Max, and Season 2 lands on November 26. Watch the teaser trailer, below.