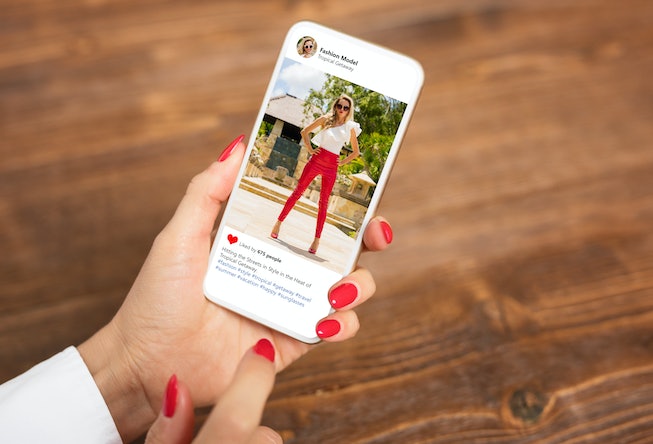 There’s so much wrong with Instagram, it’s hard to know where to start. Is it that every other post is an ad for the Alo Yoga tennis skirt? Is it that, despite everything, the vast majority of posts still show the number of likes for many users? Is it that Facebook knows how toxic Instagram is but has done little meaningful action to address it? Is it the short-lived, cursed plan to create Instagram Kids? Is that the barrage of infographics offering 10 ways for me to heal my inner child? (Okay, that one is probably just my fault.) But Instagram is actually making a dare we say — positive — change in early 2022, offering users the option to go back to the chronological feed.

Since 2016, your Instagram feed has based on the algorithm, serving you posts you think you’ll be most interested in first. The widely disliked feature is the biggest way the app shows its cards in knowing how much it knows about you. It’s not uncommon to be served content first from your crush, or to see a brand whose website you just visited. But sometimes the algorithm appears to sharply turn course, and you’re being served content from high school classmates getting engaged or your former English teacher’s latest woodworking project, and you long for the days when you could scroll through and just see everything posted in real-time, a time when the app made you only marginally less unhappy than it currently does.

But now, Instagram is going to give us something they feel is profound: a choice! (For tech companies, the bar really is so low, it’s in Hell.)

“We want people to have meaningful control over their experience. We’ve been experimenting with Favorites, a way for you to decide whose posts you want to see higher up, and we’re working on another option to see posts from people you follow in chronological order.

We want to be clear that we’re creating new options — providing people with more choices so they can decide what works best for them — not switching everyone back to a chronological feed. You can expect more on this early next year!”

The plan was first revealed by Instagram head Adam Mosseri during a recent Senate hearing; the algorithm change is part of the changes Instagram is making seemingly to appease Congress. On Tuesday, Instagram introduced the “Take a Break” feature, which prompts users to stop using the app after they’ve been on for a certain time period. Congress doesn’t seem amused: “What you’ve suggested so far is underwhelming,” Senator Richard Blumenthal told Mosseri on Wednesday, as reported by The Verge. “That ain’t gonna save kids from the addictive effects ... of your platform.”