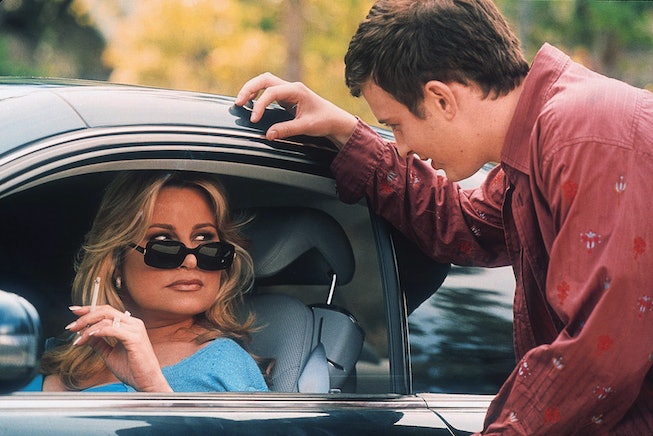 The resurgence of Jennifer Coolidge has given us so much. Coolidge stole the show in The White Lotus, so much so, that is she the only cast member returning for the second season, reprising her role as spiritual socialite Tanya McQuoid, prone to emotional outbursts and very real puking. (Though Coolidge says Tanya does something far more difficult than throwing up in Season 2.)

It’s hard out there for a single gal, and it turns out talent is a massive aphrodisiac. While Coolidge stunned in Legally Blonde and Best In Show, her role in American Pie gave her more than just a paycheck, but a long string of suitors, which are sometimes even harder to come by than money.

In the interview, Coolidge talked about the frustration of 10 years of auditioning and never getting cast. At one point, she wasn’t even offered the role of Paulette, who she played in Legally Blonde, in a musical version of the film, but had to audition. “My agent said, ‘I think they just want to see if you can sing and dance.’ Look, if I got up onstage and farted, and that’s all I did, it would still be the lady from the movie!”

But thanks to her role on The White Lotus, Coolidge is finally getting the recognition for her craft she deserves. White wrote the role specifically for her, and has said he wouldn’t have made the show without her. It’s a role that has changed everything.

“Some jobs, I’m sort of going, ‘Wow, this isn’t worth working for.’ What Mike [White] wrote, I was staying up late every night,” Coolidge said of The White Lotus. “If Mike was never successful, and we just did ‘White Lotus’ as a play in a little theater where everyone paid 10 bucks to see it, it would still be one of the greatest things that ever happened to me.”

The White Lotus Season 2 premieres in October on HBO Max.