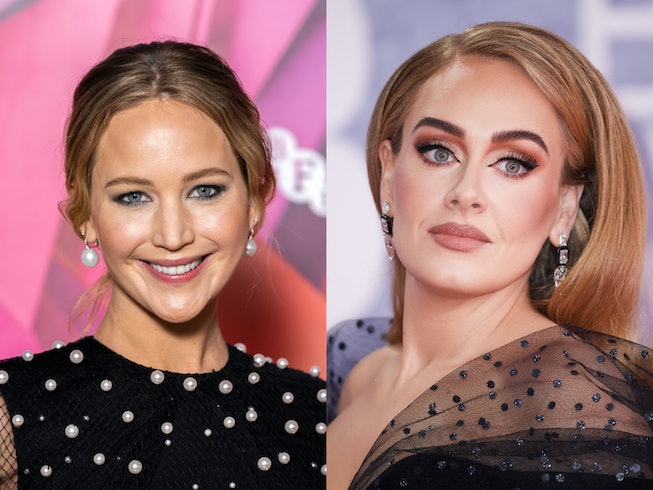 It’s been nearly a decade since Jennifer Lawrence stopped being Katniss Everdeen. With franchise commitments for Hunger Games and Marvel’s X-Men over as of 2019, she’s finally free to move away from being a movie star and go back to being a capital-A actress. Lawrence, let us not forget, got her start in a critically-acclaimed, gut-wrenching performance in Winter’s Bone when she was just 18 years old.

Now, she’s setting aside the big box office works of Silver Linings Playbook and Mother to star in Causeway, an indie drama about a military engineer who returns home from Afghanistan after a traumatic brain injury, which is out on AppleTV+ on Nov. 4.

In a new interview with The New York Times, Lawrence talks about her career over the last decade, a time when her career skyrocketed to becoming one of the biggest, most highly-paid movie stars of a generation — a time when she was busting out roles in big-budget Marvel films like X-Men and Red Sparrow, alongside the Hunger Games franchise.

She worked a staggering amount from 2012 to 2018, in roles she is not entirely proud of. She talked about films that weren’t received well, when she felt like she could sense fans’ disappointment: “I was like, ‘Oh no, you guys are here because I’m here, and I’m here because you’re here,” she told the Times. “Wait, who decided that this was a good movie?’”

Lawrence says one of the films that made her feel like this was the 2016 sci-fi space romance Passengers, which currently has a 30% on Rotten Tomatoes. “Adele told me not to do it! She was like, ‘I feel like space movies are the new vampire movies,’” Lawrence continued. “I should have listened to her.”

Adele wasn’t wrong. This was the era of Sandra Bullock’s Gravity (2013), The Martian (2015), and First Man (2018) — the prequel to Richard Bronson’s Virgin Galactic blasting William Shatner into space in real life in 2021.

“I felt like more of a celebrity than an actor,” Lawrence said, “cut off from my creativity, my imagination.”

Speaking of Adele, Adele and Lawrence are good friends in real life, so good that they recently went to a gay dive bar in New York City’s West Village to sing karaoke together. Now that Lawrence’s Marvel era is over, she feels like she can go back to being in public without the intense scrutiny of fans or paparazzi.

“I’m not scared of 13-year-olds anymore. They have no idea who I am,” she said. “There’s an occasional article about me walking out in Ugg boots, but other than that, the interest has lessened. God bless it.”