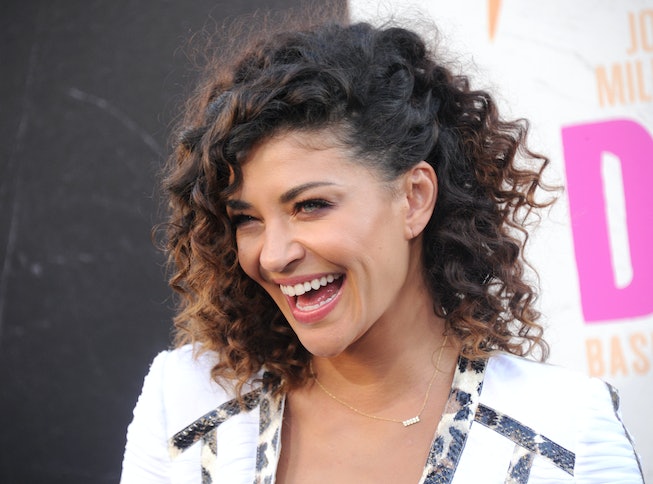 There’s so much to love and hate about the original Gossip Girl. Love: Blair’s headbands; hate: Nate’s single expression. Love: Rufus’ friendship with Sonic Youth; hate: Serena’s entire personality being that she’s always craving a burger. But universally hated was the character of Vanessa, played by Jessica Szohr, who, 14 years after the series’ premiere is now saying she was annoying on purpose.

“Some of the stuff that was written [in the show] was cringe-worthy and was annoying. So if I annoyed you and you cringed at Vanessa then I was doing my job, because some of the stuff was that way,” said Szohr in an interview with Teen Vogue. “I feel like she definitely got the short end of the stick, and I do think fans were testy with Vanessa, and that's okay. There were things that deserved that, for what she did, but also when you play someone, you also feel for them.”

I fully support actors cashing in on shameless reboots! Szohr is following the lead of The O.C.’s Rachel Bilson and Melinda Clarke, who played Summer Roberts and Julie Cooper, and hosting a podcast where she rewatches the iconic, polarizing 2000s show and interviews guests. A rewatching podcast is like the audio commentary DVD special feature of the podcast-era, with stars offering behind-the-scenes tidbits about what shooting different episodes was like, now that contracts are long up.

Szohr’s podcast already has some good guests lined up, including creators Josh Schwartz and Stephanie Savage, Kelly Rutherford, and Taylor Momsen. According to Teen Vogue, there’s also a reminder that Lindsay Lohan almost played Blair Waldorf in a Gossip Girl movie. Factoids like that are exactly the reason podcasts like this exist! We can only venture that every other lead declined the offer, but it’s okay: Maybe Szohr can give Vanessa some long-deserved poetic justice. After all she was incredibly annoying, but she was also the only character that didn’t take a car service to school and had to have a job. And wouldn’t you be a little annoying if your social circle included Nate Archibald?

Anyway, Szohr talked to Teen Vogue about what watching Gossip Girl has been like — especially because it’s the first time she’s seen a lot of the series. In what is my favorite part of the interview, she describes the absolutely bonkers storylines that permeate the show: “Serena goes to Blair and tells her she k*lled someone, Vanessa comes back, Blair dates a Lord, Blair loses her virginity to Chuck, Nate has an affair with an older woman, Lily gets engaged to Bart, Eric comes out as gay and comes back from rehab, Georgina comes and stirs the pot,” she tells Teen Vogue. “Every single episode there's a bomb being dropped every couple of scenes.”

And on that note, you can read NYLON’s list of most insane Gossip Girl plotlines here.