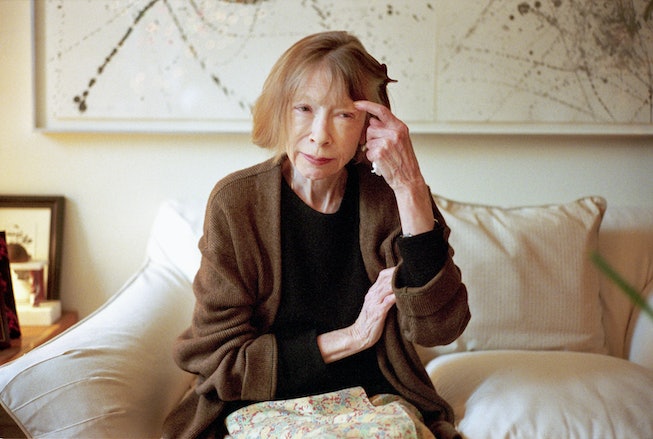 Joan Didion, one of the most distinctive voices in American writing, died from Parkinson’s disease on Thursday December 23 at her home in Manhattan. She was 87.

“We are deeply saddened to report that Joan Didion died earlier this morning at her home in New York due to complications from Parkinson’s disease,” her published Penguin Random House/Knopf confirmed in a statement.

Didion became an iconic figure starting in the late 1960s as she covered California counterculture. In her groundbreaking 1968 collection of essays, Slouching Towards Bethlehem, Didion wrote about musicians like Joan Baez, Janis Joplin, and more. She went on to publish five novels, six screenplays, and many more works of nonfiction.

Didion is preceded in death by her husband, John Gregory Dunne, and their daughter, Quintana Roo. After Dunne and Quintana’s passings, Didion wrote two seminal works on grief: The Year of Magical Thinking and Blue Nights. She won the National Book Award for Nonfiction for the former.

This story is breaking.