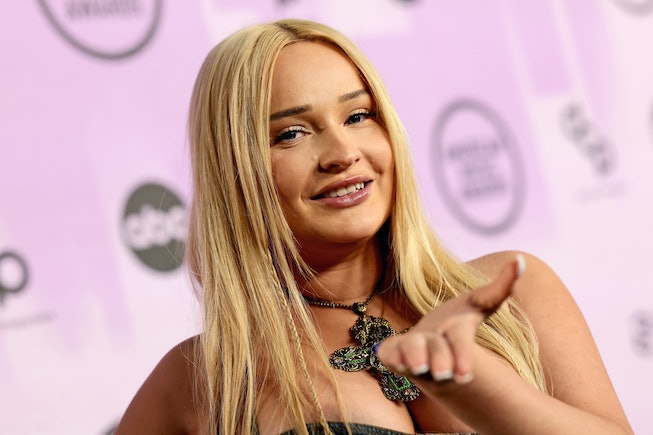 Kim Petras is apparently sick of people telling her to stop working with Dr. Luke, the disgraced music producer who Kesha, in 2014, accused of rape.

The exchange began after Petras wrote “get talented or good at anything then talk to me,” in a now-deleted tweet. It’s unclear what the tweet was in reference to, but one Twitter user wrote: “stop defending dr luke first then,” to which she responded “5000000 ppl work with him why y'all only coming at me. I have nothing to say or be ashamed of at all. go away.”

Petras continued to react to people bringing up Dr. Luke, even replying to a news post about her tweet, with “r u kidding me.” Eventually, she called it a night and deleted the tweets.

But Petras’ tweets inspired the resurgence of the hashtag #FreeKesha, which was trending after the exchange, prompting Kesha herself to tweet, “Thank you.”

Petras is correct that many artists continue to work with Dr. Luke despite Kesha’s allegations, including Doja Cat, Saweetie, DaBaby, The Kid Laroi, Tyga, and Lourdiz, among many others. (Though not quite 5 million, as Petras suggests). Some artists appear to at least have an awareness of how working with the producer could come off; Doja Cat, for example, had Dr. Luke use the pseudonym Tyson Trax on her songs “Say No,” “Juicy,” and “Like That.”

But there was an outcry among Kesha supporters after Petras’ Slut Pop, in particular, which was produced by Dr. Luke and released in February.

“I just feel like a lot of it is like getting transferred to me. A lot of people like to blame it on the women,” Petras told BuzzFeed News when asked about working with Dr. Luke. “I think I’m sometimes being held to a different standard than other artists.”

Meanwhile, the lawsuit between Kesha and Dr. Luke has been going on since 2014, when Kesha said Luke had “sexually, physically, verbally, and emotionally abused [her] to the point where [she] nearly lost her life.” Luke filed a counter lawsuit against Kesha, accusing her of defamation. Kesha later transferred her claims to New York, where they were dismissed for being too old, while Luke’s lawsuit was upheld. The lawsuit will go to trial in July.