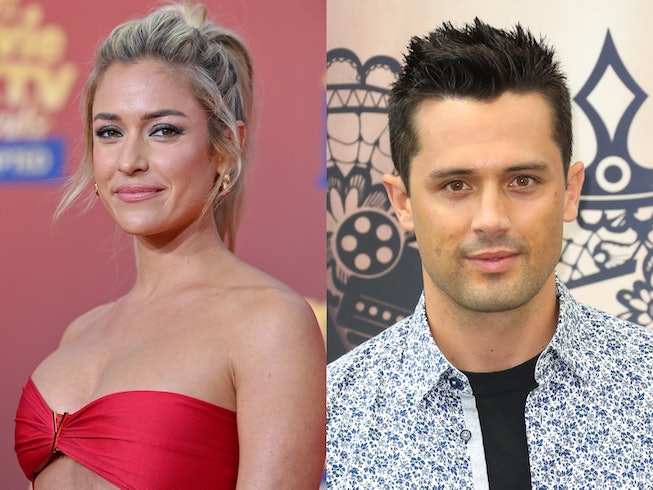 Spring break in the mid-aughts, at least according to MTV, was a celebration of excess, with droves of teens taking endless Jell-O shots and leaving trash on beaches in places like Daytona and Cancún. A messy spring break is a tradition best immortalized in the cultural artifact that is the Cabo episode of Season 1 of Laguna Beach, which aired in 2004. The Cabo episode has the cast sleeping four to a bed in a hotel room, in a fever dream of bar dancing, poolside drinking and messy make out sessions. “What happens in Cabo, stays in Cabo,” the teens chide each other. Except that it’s all recorded for broadcast television.

On their Dear Media podcast Back to the Beach with Kristin and Stephen, where exes and former co-stars Kristin Cavallari and Stephen Colletti rewatch Laguna Beach, they dish on what really happened in Cabo 18 years ago over the course of two episodes. Cavallari and Colletti both said they’d been dreading rewatching the historic episode; it’s so iconic, in fact, that it’s been credited with making Cabo into the spring break resort destination for which it’s now famous. But for Laguna Beach fans, it’s also the episode that lives in infamy, including Stephen screaming at Kristin, pushing her, and calling her a “slut” for dancing on a table and making out with a guy named Sam at now-closed club Kaboo.

Colletti called the moment “the most shocking and brutal moment moment for myself and my experiences in this show,” adding "I was out of control and definitely owe you an apology. So, I am sorry for that." He said he was blacked out on tequila from drinking for the past 12 hours.

"That is me literally at my worst right there," Stephen said. "My mom raised me in a good way to treat women, and I believe in that, to be well-mannered, treat you with respect and to obviously never in a million years lay a finger on somebody or anything like that."

He also maintained that that wasn’t a moment structured by MTV; it was him genuinely reacting.

“I can't say that this is obviously a MTV moment. This is very much IRL, in real life moment, where you're seeing a very immature little boy having his emotions boil over,” he said. “And not processing them in the right way, mixed in with a ton of tequila. And it is a very unhealthy combination. And frankly, you know, I was embarrassed.”

Cavallari, meanwhile, was pleasantly surprised at her reaction to Colletti.

"I'm actually proud of how I reacted to you. I stand by it all of these years later because you were in my face yelling at me, calling me a slut, and I was just trying to walk away, and I wasn't trying to react to you," she said. "I was really just trying to remove myself from the situation and just do my thing." You gotta hand it to Cavallari!

Thankfully most of us aren’t forced to reckon with our blacked-out, high school selves, and the fact that Cavallari and Colletti are willing to do so is a glorious gift. Being on Laguna Beach was certainly career-making, but it was also exploitative, and being able to view the show with fresh eyes gives them an opportunity to more clearly see it for everything it was, which includes being a cash grab.

“MTV won with this episode,” Cavallari said. “They all hook up with each other. They’re hammered. I mean, it's like train wreck.”