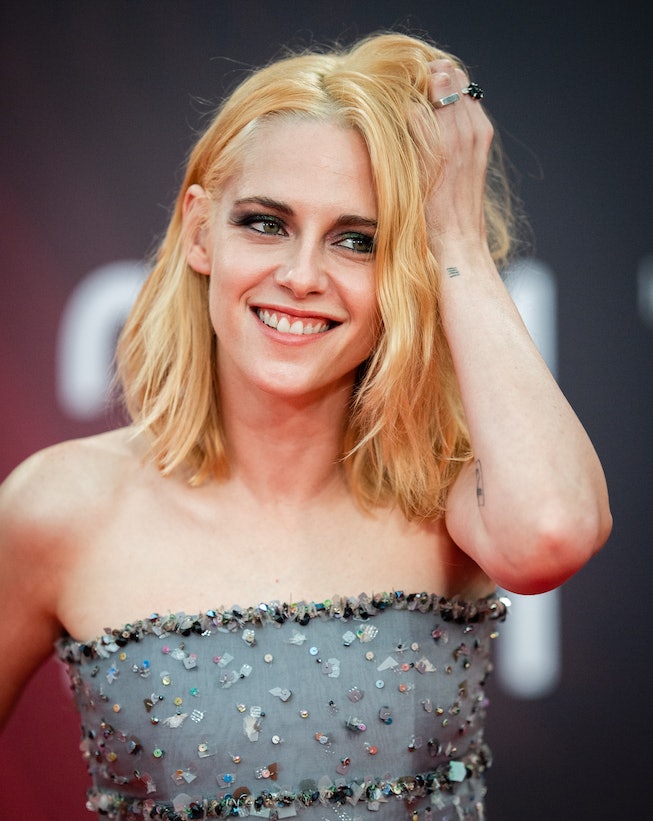 The Kristen Stewart hive has been waiting forever for the world to catch up and acknowledge her as one of the best working actresses. Some of us have been with her since before the Twilight days, fighting the good fight against the haters who have never even heard of Personal Shopper! Stewart has established herself as an avant-garde starlet, and her portrayal of Princess Diana in the highly-anticipated film Spencer will only further the gospel of her acting to the world. But she’s also down to play a twisted villain, and maybe, just maybe, even go Joker mode.

With her Twilight co-star and ex-boyfriend Robert Pattinson filling in the shoes of Gotham’s billionaire vigilante, Batman, Stewart responded to the the fan-fueled idea of her taking on the role of Batman’s demented clown criminal nemesis, the Joker. “I love the energy behind that,” Stewart told Variety. “It’s really been done so well. I feel like, maybe, we don’t traipse over, but I love that gusto. Let’s figure something else out. I’m totally down to play a freaky, scary person.”

Before the Twi-hard community starts freaking out, Stewart didn’t necessarily shut down the idea, but don’t hold your breath, either. “Not ‘no,’ but not the most stoked I’ve ever been,” she said. “Let’s do something new.”

The Joker has been inhabited by many a talented actor over the years, including Jack Nicholson, Jared Leto, and Mark Hamill. Portrayals of the sadistic and insane clown by the late Heath Ledger and Joaquin Phoenix won both actors Academy Awards for The Dark Knight in supporting actor and Joker in lead actor, respectively. Stewart would be a great addition to the Joker canon, and the thought of her tormenting Pattinson’s Batman and the traumatized people of Gotham would be a thrill for the devoted Twi-hard community.

Spencer is garnering lots of Oscar buzz for Stewart for her portrayal of the late Princess Diana. The Pablo Larraín-directed movie follows a critical weekend in Diana’s life that led to the dissolution of her marriage to Prince Charles. In addition to taking on the People’s Princess in Spencer, Stewart wrapped on the next David Cronenberg horror film, Crimes of the Future, which is likely be a complete freak show of body horror and psychological distress. Stewart will be acting alongside Léa Seydoux and Viggo Mortensen, the latter who described the Crimes of the Future as Cronenberg “going maybe a little bit back to his origins.”