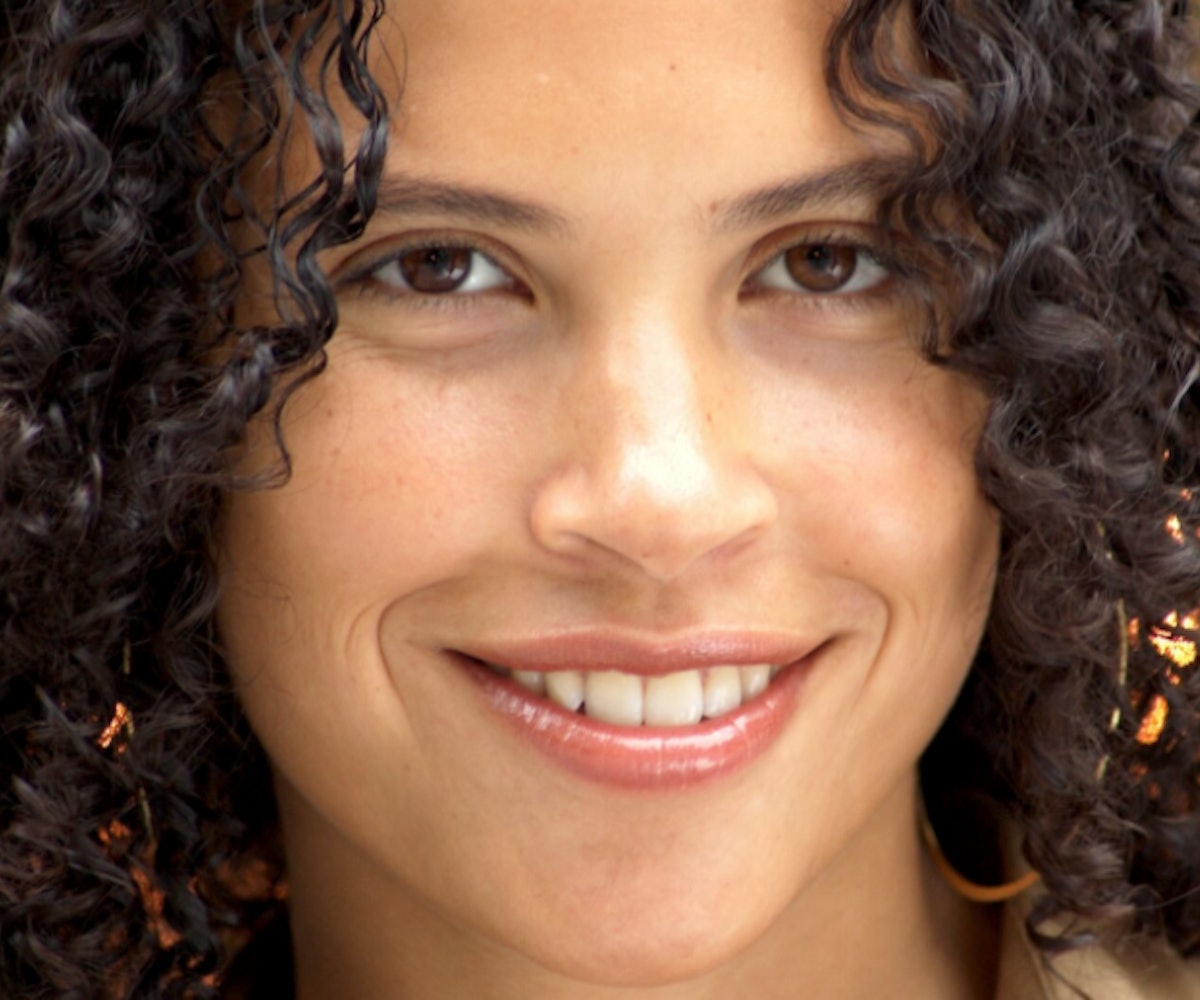 Filmmaker Lacey Schwartz didn't know she was black until she was 18. She was born into a long line of white, Jewish New Yorkers, but her family had been harboring a secret that spilled out when she applied to college: Her father was not actually her biological parent.

As it turned out, Schwartz's mother had an affair with a black man, a family friend—and Schwartz was the product of it. "There was such denial running through my whole family," Schwartz said while discussing Little White Lie, her documentary about the experience, on The Realin 2015. "That my father had a dark-skinned, Sicilian grandfather and that was where the recessive genes came from."

As wild as her story may seem, it sounded all too familiar to me. Late last year, after taking a DNA test (and being the only one in my family to ever do so), I discovered out that I wasn't a light-skinned black girl like I had been told my whole life: I was black and white. And while my story was not as wild as Schwartz's, I certainly identified with many of the complicated nuances of self-identity, race, belonging, and family that she talked about in Little White Lie, and that she continues to discuss in her latest project, The Loving Generation, a five-episode docuseries that highlights the personal lives of mixed-race people born after the Supreme Court overturned all American laws forbidding interracial marriage in the Loving v. Virginia ruling in 1967.

Ahead, we speak with Schwartz about how her series is shaping the conversation of blackness in America, different forms of identity, and future projects.

How did the series come about? How did you come to meet the people that would star in it?

In 2014, I made a personal documentary called Little White Lieabout my own identity and family secrets. As part of that film, I did a bunch of outreach and post-screening discussions where I was partnered with people who, through their work or their stories, somehow connected to the project. The senior vice president at Topic, Anna Holmes, had the idea to do this project on the generation of people born one black, one white parent after the Loving vs. Virginia decision. So myself and Mehret Mandefro, who is my co-director in this project and my business partner, set out to do this in conjunction with Anna and Topic.

In one of the episodes, Mat Johnson, a comic book writer and novelist, said, “I had to learn to stop trying to prove my blackness.” That quote resonated deeply with me, as I myself am discovering more of who I am in terms of my racial background. What things struck a chord with you?

I think Rebecca Carroll said that she had to actively learn that being white wasn't more valuable. I think that part of it is the idea that a lot of it is very subjective. One of the things that we were really excited about the series is putting forward a lot of different viewpoints, and a lot of experiences, and still acknowledging the fact that not every experience or viewpoint is, in fact, represented in this series, but what we were hoping to do, more than anything else, was just to make sure that it was helping people have the conversation. It was the questions and the conversation more than it was about saying, "This is what the definitive experience was," and that in fact, many of us, like you just shared, are on this journey of figuring out who we are. Sometimes that can be about coming to terms with who we are as individuals, and sometimes that can be about coming to terms with where we fit into different community structures. And certainly, living in a society that is, in fact, racialized, we know that race is not a biological reality per se but is a sociological reality. I certainly went down my own path, and I think it was incredible to have some of these incredible minds sharing what their journey was.

How does this series add to the ongoing conversation our country is having about race, particularly with blackness?

Obviously, that's kind of a huge question. But I think that what I liked for us, was that we were really able to put a personal lens with, combined with a small short and analytical lens, looking at where different people fit in. And it sometimes exists on the color line and can go in and out of different spaces. I think that it was great that we were able to have historic pieces come through naturally through people's reflections, and part of the reason that we included many of journalists was because they had a lot of historical knowledge and ability to analyze it in a larger context. But, also, they were willing to share their own individual experiences, which we thought was really, really important. So I think it was really about the nuance, and making sure these things are not looked at in—pun intended—very black and white terms, but understood in multitudes. So, for instance, even the conversation about "mixed," like, what does that mean for this generation versus other generations? Because, people have always been mixed, you know? And we'll get into that even more in this fourth episode, where we talk about that history. Sometimes our identities are influenced by what we are projecting, as well as a country, and as a community, and so we really wanted to be able to analyze in certain contexts.

Seeing as this is something that you have grappled with in your life, what advice do you have to offer?

Just this idea that identity is internal and it's external. Sometimes, your internal identity dominates, and sometimes your external one does. So, it's kind of understanding this fact. I don't know if I'm biased when I say this, but just being aware that there's your own identity, and there's a larger identity. Understand that identity is a process, it's not something that's going to be this fixed thing, and that you're going to get to a place and be like, "Okay, I'm here. I know who I am and I'm staying the same." It's constantly evolving. And the more you can be kind of comfortable with that evolution, I think the better off you're going to be. Sometimes, there's gonna be external factors that are going to challenge that, and the more you can, at least, keep that in perspective and try not to let it affect you.

Did you learn anything new about yourself after hearing all these powerful stories?Little White Liewas more about exploring my own experience. It wasn't necessarily about things that I didn't know. But our goal for this series was to help people. As you said before, you found quotes that personally connected for you. I have my own things that were kind of like, "Oh, right! Yes!" and sometimes it's almost like confirmation moments more than they are, like, knowledge-gathering moments.

Mehret and I are producing a documentary called How It Feels to Be Free. It's about black female performers and how they were activists on and off the stage and screen before, during, and after the Civil Rights Movement, and will also look at that through the lens of being coined an activist woman right now. Then, Mehret and I are also focusing on scripted projects, both television and film.

You can watch episodes of The Loving Generation on Facebook or Topic.