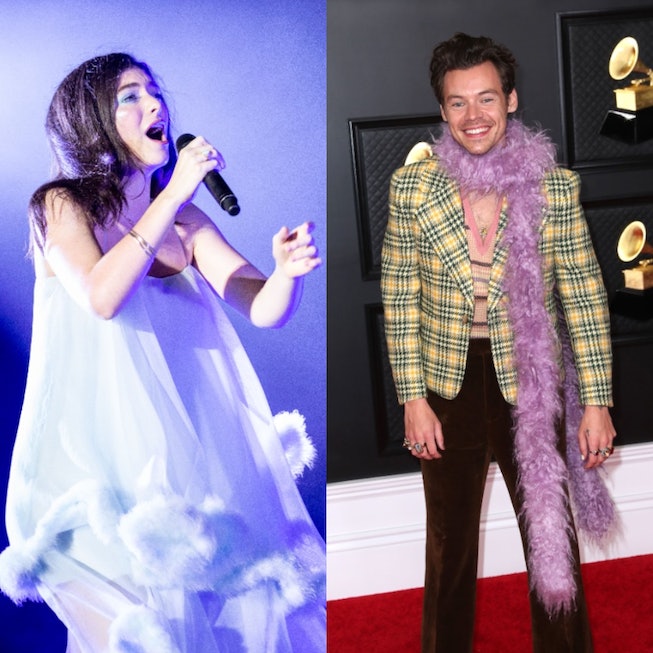 In a musical collaboration that would probably open a portal to a heavenly realm, Lorde says she wants to work with Harry Styles. The pop star revealed her desire to work with — or at least talk to — Styles in a recent episode of Vogue’s 73 Questions. When asked about the artist she’s “dying” to collaborate with, Lorde said “I kind of want to talk to Harry Styles.” You can almost hear Jack Antonoff counting the Spotify streams and making room for another Grammy on his shelf.

We can only imagine what that collaboration would sound like, with Lorde’s luminous, emotive pop and Harry’s shimmery hooks and horny lyrics joining forces to propel their pop into another dimension of songs about longing that are criminally catchy. The internet lost it in 2017 when Styles kissed Lorde on the cheek at an awards show in Sydney, so who knows if we could even handle a full musical collaboration. We can only hope this spawned troves of staff to start emailing each other to set up a meeting. One thing we know for sure is their styles together would be ... unmatched.

In the 13-minute interview, when asked what each album was about, Lorde revealed Pure Heroine is “teen angst,” Melodrama is “ecstasy” and Solar Power is “reverence.” The singer also said she was “starstruck” the first time she met Taylor Swift, that the best concert she ever attended was Arcade Fire at Coachella in 2014, and that “California” is the song on Solar Power she’s most excited to dance to. She also revealed that there will be cicada sounds on more tracks than just “Solar Power” — how very Lorde-core!

Solar Power will be released August 20 and Styles is kicking off his “Love On Tour” dates this fall.

You can watch the full Vogue 73 Questions interview with Lorde here: