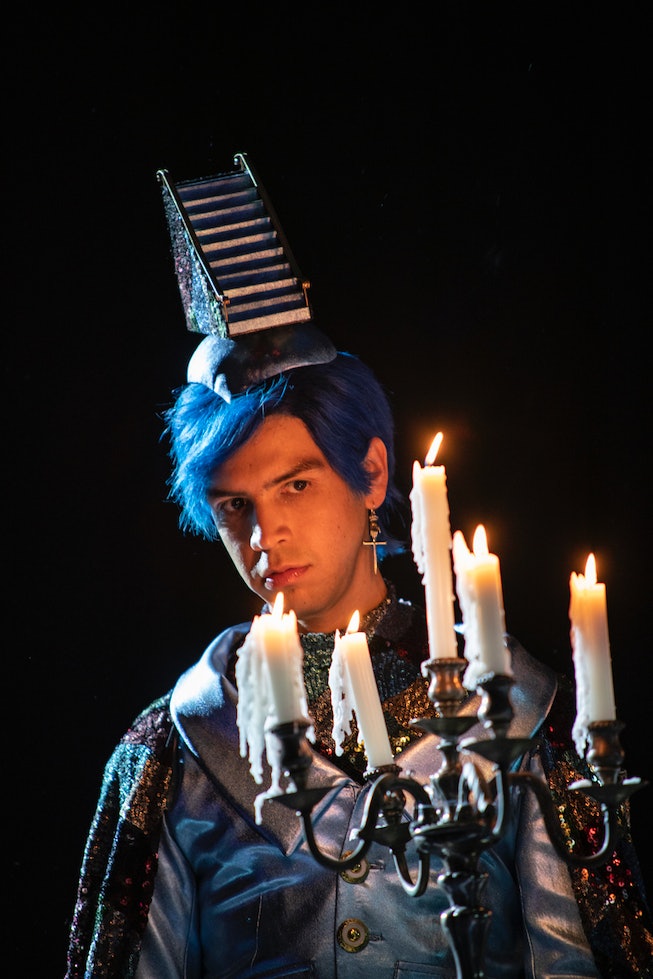 ‘Los Espookys’ Returns For Season 2 With An Absurdist Trailer

It’s been three years since Los Espookys Season 1, when gas cost $2.50 per gallon and we thought we were going to spend our whole lives paying off our student loans. Now the Spanish-English fever dream of a show is back for Season 2, with a new spooky trailer in advance of its premiere on September 16 on HBO Max. Created by comedians Julio Torres, Ana Fabrega, and Fred Armisen, Los Espookys follows a group of pals who make their love of horror lucrative by fabricating horror film-like situations and tricking people into thinking they’re real.

According to the series official synopsis, in Season 2, Los Espookys leader Renaldo (Bernardo Velasco) is being haunted by the ghost of the beauty queen, while Úrsula (Cassandra Ciangherotti) challenges the political status quo, her well-meaning sister Tati (Fabrega) is adjusting to married life, and Renaldo’s best friend Andres (Torres) is readjusting to life after quite literally appeasing his inner demons. Armisen makes an appearance as Uncle Tico, who his searching for a new purpose after a failed valet career — which may include joining Los Espookys. “Hey guys,” he says as he approaches the crew in a goth fit. “Pretty spooky day today, huh?”

The Season 2 trailer also reveals that Kim Petras will also be joining the cast, making her television debut as the Secretary of State Kimberly Reynolds, who we see exiting a limo holding a Toblerone the size of a yard stick. Roma star Yalitza Aparicio and Isabella Rossellini, playing herself, will also guest star.

The trailer reveals a string of gorgeous technicolor shots featuring absurd moments like a beauty queen beckoning Renaldo in the aisle of a supermarket, someone in an egg chair wearing a full disco glitter bodysuit, a presidential candidate who wants to give her voters personal pizzas, a demon learning social cues, several Ana Fabregas in potato sacks, and gazpacho made of Heinz ketchup.

“I mean, basically the spirit that connects Fred, Ana, and I, well, we do what we want to do, what we like to do,” Torres told The Playlist of audience expectations. “And hopefully, someone connects with it, but we’re definitely not catering to an audience or pandering to the audience. And the show has so many asks from the audience.”

Catch Los Espookys Season 2 this September on HBO Max, and watch the trailer, below.

NEXT UP
Culture
Succession Season 4 Trailer Explodes With Family Drama
Culture
Phoebe Dynevor Will Not Return for Bridgerton Season 3
Culture
The Biggest Revelations From The Price Of Glee Docuseries
Culture
Netflix Is Seriously Cracking Down On Sharing Passwords
Style + Culture, delivered straight to your inbox.