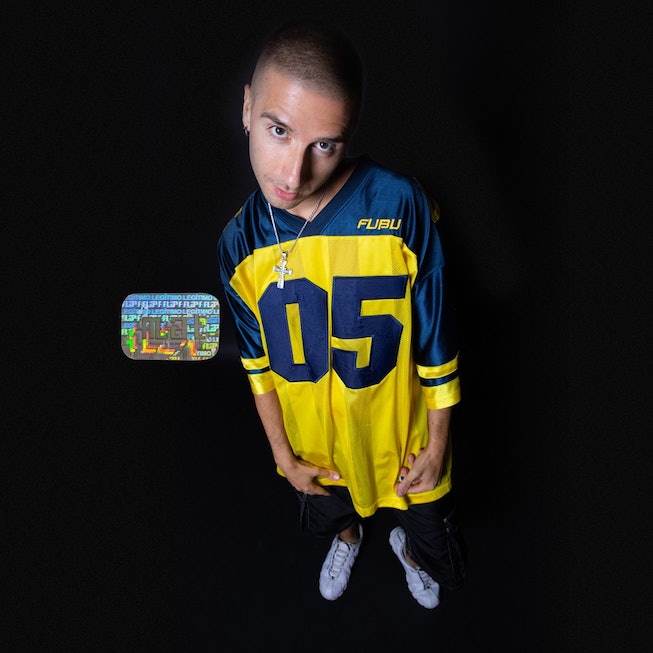 When singer-songwriter Mat Kastella performed across New York City’s parks last summer, he punctuated each performance with a goal: all donations made would go toward his future music video. Kastella had a clear vision in mind — professional backup dancers, his own boy-band choreography, and most importantly, a love letter to the fans that made it happen. “We gotta make this sh*t happen,” he’d say after covering pop deep-cuts like Willa Ford’s “I Wanna Be Bad,” or his own umru-produced, cheeky earworm single “Capital D.” By October, Kastella had secured the funds to make the video a reality.

Kastella chose “Steppin' Out” for the video, premiering Tuesday on NYLON — a buoyant track stacked with his signature throwback falsetto and umru’s gear-shift smash production — and the second single off his forthcoming six-song EP. “I wanted to make a music video that gave back to the fans as a thank you,” says Kastella over email. “It made so much sense too because the song’s lyrics are actually about being thankful to someone who gave you the courage to ‘step on out.’ I thought if there was a way to take my 2021 NYC Park Tour and put it into a music video, using all the locations that my fans had gotten to know me at, it would be so special for all of us.”

The video, shot by Siena Saba and directed by both Saba and Kastella, feels like bygone footage from ‘90s pop tours; from Kastella’s tear-it-up choreography to the fan interactions, it’s genuinely sweet and full of heart.

“I wanted my fans to go ‘Oh, my god, he’s at Tompkins in that scene! That’s where I would always see him!’” explains Kastella. “On filming day I invited all the fans to come out and be in the video, too. I wanted anyone who wanted to be in the video to be in the video. That was another way for me to say thank you from the bottom of my heart. The scenes where I’m with my fans are the best ones I think!”

And now, Kastella has a new lofty goal on the horizon. When Saba finished editing the video and the two watched it back together for the first time, Kastella turned to her and said that someone from *NSYNC or the Backstreet Boys had to see the video. “She was like, ‘I think that's possible,’” he says. “I gotta make it happen.”

Watch the video for “Steppin’ Out,” below.