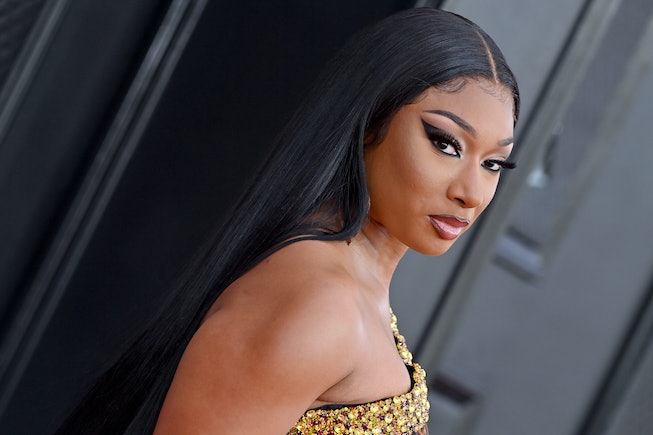 Megan Thee Stallion shared details about a 2020 shooting involving Tory Lanez for the first time, in a tearful and sweeping interview with Gayle King on CBS Mornings. She not only shared details of the shooting itself, but also her interaction with the police after.

Megan explained that the shooting happened when she was leaving a house party at Kylie Jenner’s in the Hollywood Hills in July 2020 with Lanez, a friend, and a driver when an argument broke out about whether or not everyone was ready to leave. “The argument was because I was ready to [leave the party] and everyone else wasn’t ready to go. But that’s, like, normal friend stuff, we fuss about silly stuff all that time,” she told King. “It shouldn’t have got this crazy.”

She says when she got out of the car, she heard a man screaming. “And he said, ‘Dance, bitch.’ And he started shooting. And I’m just like, ‘Oh, my God.’ Like, he shot a couple of times. And I was so scared.”

“I don’t know if he’s gonna shoot something that’s, like, super important. I don’t know if he could shoot me and kill me,” she told King. “I was really scared, because I had never been shot at before.” She didn’t realize she had been shot in the foot until she looked down and saw it was bleeding.

Megan said Lanez apologized to her, but bribed her not to tell anyone what happened. “Don’t tell nobody I’ll give y’all a million dollars if y’all don't say nothing,” she recalls him saying.

She also told King that she lied to police initially about the incident in an attempt to protect herself and everyone in the car — telling them that she instead had stepped on glass.

“The George Floyd situation had just happened,” she told King. “The police are very much shoot first, ask questions after ... For some reason, I was just trying to protect all of us because I didn’t want them to kill us. Even though this person just did this to me, my first reaction was still to try to save us. I didn’t want to see anybody die, so I just said I stepped on glass.”

This is the first time Megan has publicly addressed the incident in so much detail, though the court case is ongoing. The next hearing is scheduled for September.