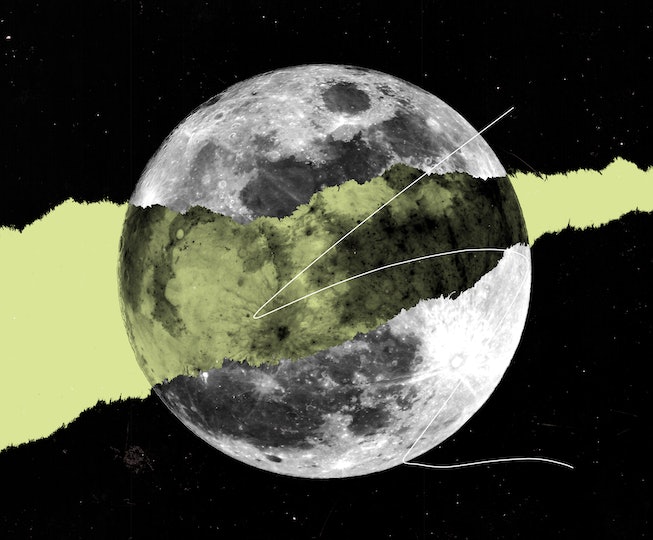 At 2:41 a.m. EDT on June 21, our full moon in 0 degrees Cancer passes between the Sun and Earth, casting her lunar shadow over us, partially eclipsing the Sun. A Solar Eclipse is a beautiful way to close the Summer Solstice in the Northern Hemisphere. Having travelled the longest path across the sky, the Sun deserves a little privacy, a moment to itself. A new moon is a hopeful thing, a burgeoning thing. A New Moon Solar Eclipse takes that feeling of newness and links it to the Eclipses that come before and after it, situating us in a cycle. The themes from June 5's Lunar Eclipse in Sagittarius surface again with the tides; we began this month interrogating our relationship to our beliefs about who we are and our roles as community members, and we close this month vowing to integrate what we learn into our understanding and application of care.

In the Sambian Symbol record, first channeled by medium Elsie Wheeler, 0 degrees Cancer is described as the moment when “on a ship the sailors lower an old flag and raise a new one.” How can such an image be applied to a moment in time? To a people? Flags flown over ships are a system of communication. They express the sailors’ values and intent. A ship’s ensign flag represents the people themselves, a ship’s courtesy flag honors their destination. An image of Bree Newsome comes to mind, climbing the flagpole in front of the Capital Building in Columbia, South Carolina, and taking down the Confederate Flag that flew there. The day was June 27, 2015, ten days after Dylann Roof opened fire on the members of Emanuel African Methodist Episcopal Church in Charleston, South Carolina and almost exactly five years ago. The Sun was in Cancer, Venus was still in her retrograde shadow, Mercury was still in their retrograde shadow, and Saturn was Retrograde then, as it is now.

This summer is an energetic return. Across the United States and the world, old monuments that exalt the characters of hateful racists are toppled by protestors, are denounced and thrown into the sea. In the streets, mourners and activists raise flags of liberation, flags that ask us to hold the lives of all Black people as sacred, as valuable, as essential. These sailors believe in a different world, a better one, and they move toward it with respect, knowing that to honor the shore of a new country is to listen and care for those who have lived there all along — the elders, the ancestors, and the activists who came first. Those who reject these flags of justice prize the white-washed history they were taught over what they witness and fly their own flags. They defend a world where they believe themselves free and where no one is free.

Our moon casts a shadow on our Earth. Our emotions cast a shade on our experience of reality.

Anger, fear, joy, and despair are necessary. All Cancers know that feelings are a natural response to change, the way a bruise blooms in response to impact. All Cancers hold the wisdom of emotional cardinal alchemy: how to recognize the integrity of a feeling, its core, and use that core to create meaningful change. It‘s important that while we grant ourselves and each other emotional respect, we move forward recognizing that feelings are part of a system of information, and systems of information are limited. They are subject to bias, to bureaucracy, and inaction.

Mercury has just stationed retrograde and Venus remains retrograde for four more days before moving into her retrograde shadow. On June 22, following the Solar Eclipse, Venus and Mercury will be conjunct in Gemini, a combination that cleaves our value systems and our agreements. This is a great moment to consider the alignment of your beliefs and your actions. Saturn in Aquarius at 0 degrees quincunx our new Moon in Cancer at 0 degrees knows that revolutions of any kind, personal or political, require discipline and dedication. If the Solar Eclipse, if what is happening all around you, has compelled the sailor in you to lower an old flag and raise a new one, if you are out in the streets or donating your energy from home, keep going.