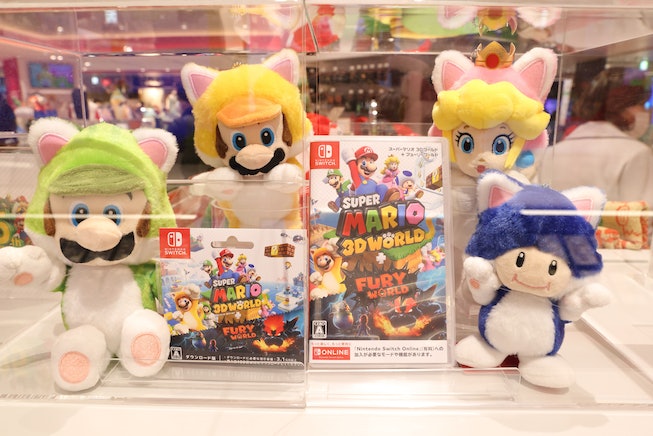 Good news for everyone who no longer keeps up with the latest gaming systems, but has a soft spot in their hearts for Mario and crew: Nintendo might be getting into the film and television production space. The company is buying Dynamo Pictures, a visual production company based in Tokyo, and has plans to change its name to Nintendo Pictures. The deal is expected to close in October.

According to Nintendo’s filing, which was reported by Polygon, the acquisition of this new studio is intended to “strengthen the planning and production structure of visual content in the Nintendo group” and focus on developing “visual content utilizing Nintendo IP.” That is certainly vague, but I can’t imagine what else it would indicate other than film and TV, though Polygon points out that they could also be planning to use Dynamo to create new content for its games or even theme parks.

Dynamo Pictures’s projects include Yuri! on Ice, games like Nier Replicant ver. 1.22474487139 and Death Stranding, and has worked with Nintendo on the very cute Pikmin shorts.

The news means we may finally get to see animated versions of Kirby, Toad, and Princess Peach on the big screen. I, for one, have always been curious about the backstories and subsequent psychological underpinnings of the world of Nintendo characters, particularly the most famous Italian Americans next to Tony Soprano: Mario, Wario, and Luigi. We don’t get much from the video games other than some grunts and yipees, and I regret to share that I have not seen the 1993 Super Mario Bros. film.

Of course, some of those questions will be answered in the upcoming live-action Super Mario Bros. movie, which nobody asked for but we will nevertheless forgive due to the excellent casting of Chris Pratt as Mario, Charlie Day as Luigi, Seth Rogan as Donkey Kong, Fred Armisen as Cranky Kong (who? I stopped playing in approximately 2008), Keegan-Michael Key as Toad, Jack Black as Bowser, and Anya Taylor-Joy as Princess Peach. Hollywood loves nothing more than milking a franchise. Though we’ll seemingly never run out of superhero plots, this could be the beginning of the next great American franchise: beloved video game characters.

So far, video game characters have been reduced to incredibly simple storylines, such as racing each other around a track, like in Mario Kart, or having Mario and Luigi use their unnatural jumping skills to attempt to rescue Princess Peach from Bowser, again and again. Fingers crossed the live-action and future animated films give them more emotional meat to chew!

NEXT UP
Culture
Spice Girls May Reunite For King Charles’ Coronation
Culture
Loewe’s Howl's Moving Castle Collection Is An Anime Dream
Culture
The Madonna Biopic Is Being Scrapped
Culture
Kaia Gerber Won’t Stop Until She’s Cast As Patti Smith In A Biopic
Style + Culture, delivered straight to your inbox.