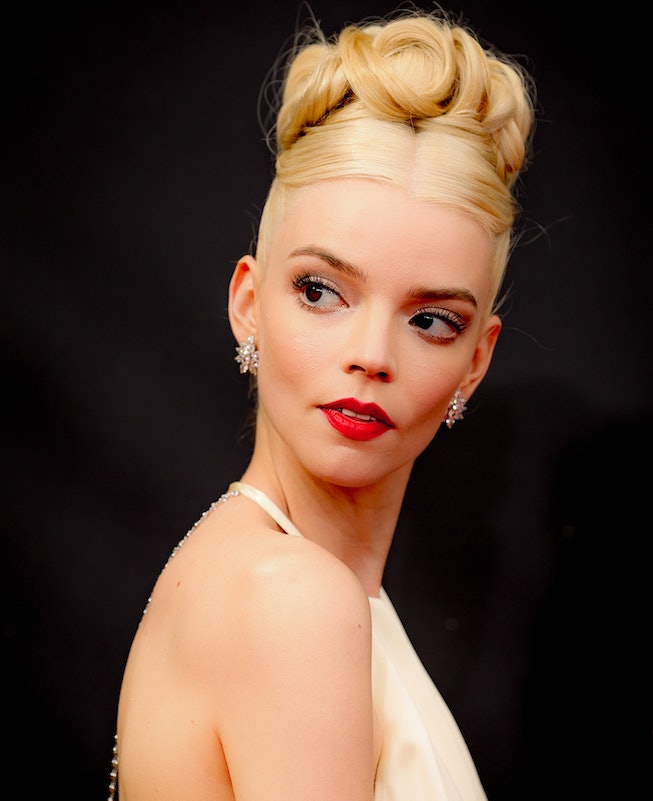 The most legendary, animated, working-class Italians of all time, Mario and Luigi, along with the rest of the beloved Super Mario Bros. characters, are taking the leap from Nintendo game consoles to the big screen in the forthcoming Super Mario Bros. film. Originally announced in 2018, updates about the movie were kept on the low until September 23 at the Nintendo Direct presentation, when the cast and release date were unveiled, including a staggering roll call of Hollywood’s elite set to voice the iconic video game characters, including Chris Pratt as Mario, Charlie Day as Luigi, and Anya Taylor-Joy as Princess Peach.

I’m approximately zero percent surprised that Pratt was cast as Mario — Hollywood will not stop until he’s been cast in every vaguely heroic franchise. It is what it is! But the rest of the casting is delightful. Day is made to voice a dopey, lovable sidekick, and Taylor-Joy as the perpetual damsel in distress Princess Peach feels like a galaxy brain take on voice casting. Super Mario Bros. is nothing without its wacky villains and allies, so the film spared no expense in wrangling the best comedic talent money can buy, which means Jack Black as Bowser, Keegan-Michael Key as Toad, Seth Rogen as Donkey Kong, and Fred Armisen as Cranky Kong.

The upcoming movie will be produced by Nintendo executive and Mario creator Shigeru Miyamoto and Illumination's Chris Meledandri. Miyamoto’s involvement in the upcoming film bodes well for the overall integrity (a concept Hollywood hates!) of what will likely be a multi-film franchise. "Mario and Luigi are two of the most beloved heroes in all of popular culture, and we are honored to have the unique opportunity to work so closely with Shigeru Miyamoto and the widely imaginative team at Nintendo to bring these characters to life in an animated movie, unlike any film Illumination has made to date," said Meledandri.

The plot of the film remains under wraps, but as a person of Mario universe gaming experience, I feel like it’s safe to say that Bowser will kidnap Princess Peach and Mario’s savior complex will kick into overdrive to save his girl, with minor help from his brother Luigi and his charming friend, Toad. But what do I know! Maybe we’ll have an obnoxious and moralistic plot to reckon with, but only time will tell. The film is set for a holiday release, and will hit theaters on December 21, 2022.