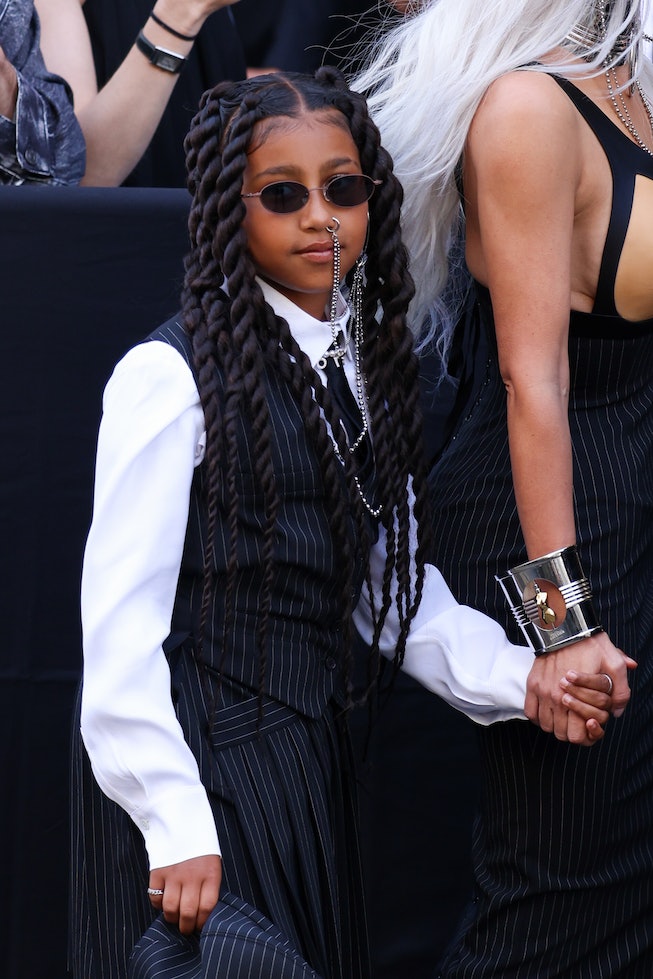 It’s already a spooky time in the Kardashian household, with Kim Kardashian busy denouncing the anti-Semitic comments of her ex-husband, but Halloween came early for the Kardashian-West kids, who are no doubt going to inspire a last-minute costume change for children and adults alike before this weekend.

All of the Kardashian-West children dressed as music icons, bringing a new level of excellence to the played-out — but still cute idea — of the family group costume. Kim shared her kids’ costumes in a TikTok post on the account she shares with her daughter, North, that shows all the kids posing for a photographer in their costumes. Music legends across R&B and rap were recognized: North dressed as Aaliyah, Saint dressed as Snoop Dogg, Psalm dressed as Eazy-E, and in my personal favorite costume, Chicago dressed as Sade. (What do we think her favorite song is?)

Chicago paid homage to Sade’s 1980 “No Ordinary Love” photoshoot in double denim, while Saint wore Snoop’s signature braids and flannel, and Psalm wore Eazy-E’s black “Compton” cap. But as older sisters tend to do, North West as Aaliyah takes the cake. Already, leading Generation Alpha at the ripe age of nine, North cementing her legacy as a style icon. She recreated Aaliyah’s famous 1997 Tommy Hilfiger campaign look, wearing a mini recreation of the red, white, and blue tube top, puffer coast, and baggy belted jeans, even exposing a flash of Tommy underwear for detail and straightening her hair.

North’s showed off her impeccable style at Paris Fashion Week, where she emerged as one of the best-dressed guests thanks to the nine-year-old’s number of flashy outfits that include oversized jackets, chunky platform Crocs, and a faux nose ring. Cute and age-appropriate!

The Kardashian-West family are big Aaliyah fans — even occasionally to their own detriment. Kim Kardashian was Aaliyah for Halloween in 2017, wearing a bedazzled bra to recreate the singer’s look from her 2000 music video for “Try Again.” Kardashian was accused of cultural appropriation, which prompted her to write a post on her app titled: “The Inspiration Behind My Aaliyah Costume,” where she defended her choice by saying, “We don't see color in my home,” which hasn’t exactly aged well. She continued: “We were paying homage to people and artists we love and respect — it’s that simple!”