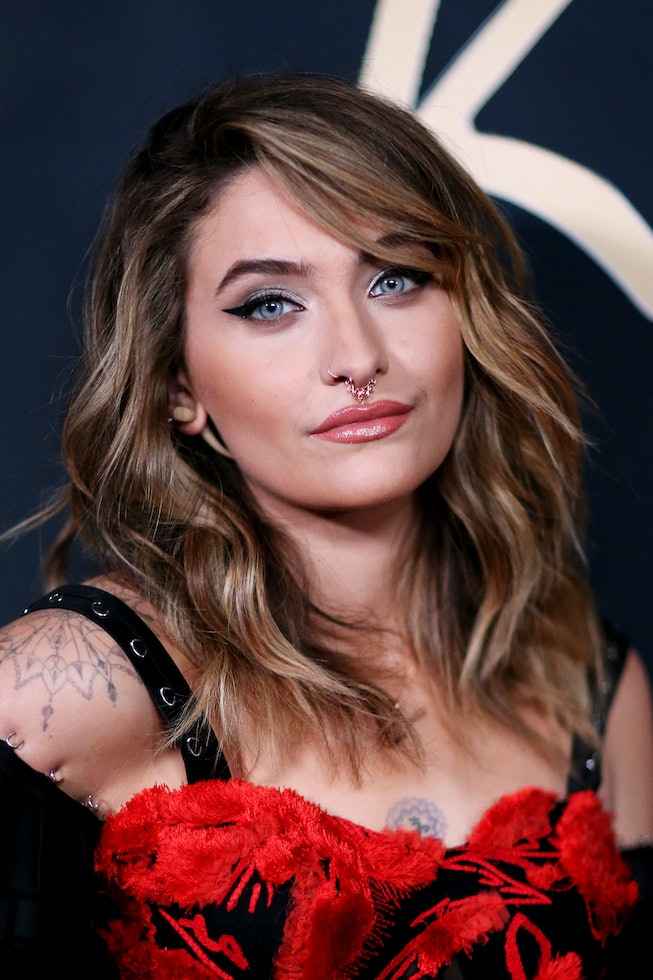 During the newest episode of her Facebook Watch series, Unfiltered: Paris Jackson & Gabriel Glenn, Paris Jackson discussed an ongoing experiences with her mental health. Admitting that she's working on feelings of self-acceptance, Jackson detailed how she's chosen to cope with depression.

Looking back to her childhood, Jackson said that she began struggling with self-harm when her father, Michael Jackson, died. At the time, she experienced body image issues, and when a cousin called her fat, Jackson fell into patterns of self-harm. "It was a distraction from emotional pain and transferring to physical pain and the need for control," she said. Later struggling with suicidal ideations, Jackson attended a boarding school intended to help her in 2013, but as she explained, she left the school with many more problems.

Although Jackson had tried taking anti-depressants and mood stabilizers, she decided to no longer take medication, explaining that she felt it made her feel numb. “For me, my depression comes in waves, so even though the lows are unbearably low, I would still rather feel that than nothing. Pain is way better than numb because at least you’re feeling something," she said.

Today, Jackson is taking "baby steps" to improve her mental health, and she cited music as one way she's coping. “Music is just real and honest to me, and I get to be myself. I don’t have to worry about what I’m wearing or how I look because it’s just raw," she said. Jackson had previously touched on the healing benefits of music in 2017, sharing that she listened to Black Sabbath and practiced her air drumming as a way to help with anxiety.

While she's still attempting to get better, she does want others to feel encouraged in their own mental health struggles, saying, "I want to influence self-acceptance and courage and being comfortable in your own skin. I'm just working on content, trying to be content."

According to the National Institute of Mental Health, depression is one of the most common mental disorders in the United States, impacting an estimated 17 million adults in 2017. As Jackson notes in her Facebook Watch series, there are multiple options in treating mental health issues, and finding the treatment that works for you is an important step in getting well.