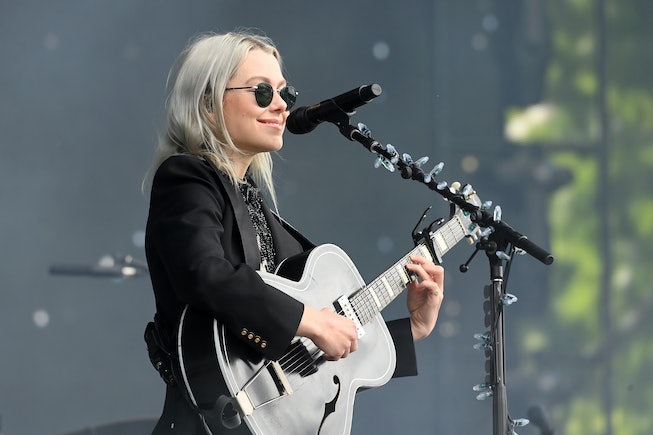 Phoebe Bridgers has been extremely vocal about her experience with abortion in the wake of the Supreme Court’s recent decision to roll back Roe v. Wade, ending 50 years of abortion protection in the United States. On MSNBC’s “The Beat With Ari Melber” on Tuesday night, she continued to speak out against the ban, as well as talked about the importance of donating to grassroots organizations.

Bridgers, who not only expertly wrings out our deepest feelings like a wet rag, is also really good at expressing the zeitgeist of a generation — one that, for some time, has been really angry about what’s going on in politics.

Back in May, when Politico published a leaked draft majority opinion from the desk of Supreme Court Justice Samuel Alito that would overturn the landmark decision Roe v. Wade, 49 years after it was decided, Bridgers shared her own abortion story on Twitter. "I had an abortion in October of last year while I was on tour," on her Instagram stories and Twitter. "I went to planned parenthood where they gave me the abortion pill. It was easy. Everyone deserves that kind of access." She then added a link with places to donate to help other women have access.

Since then, Bridgers has led “F*ck the Supreme Court” chants at her concerts and is donating one dollar from each of her ticket sales from her ongoing tour to the Mariposa Fund, a New Mexico abortion fund. "There are lots of things we can do, but I hate that the responsibility has been thrown on these grassroots organizations, instead of the government,” she said in the interview.

When Melber asked if she’s seen fans walk out of her concerts as a response, she said she’s witnessed it “a couple of times,” but that most of the time it feels as though she’s “preaching to the choir.”

“It’s always validating, in some way,” to see someone walk out, she said. “It’s nice to know that a message is getting to somebody that disagrees with me.”

Bridgers also added that “people are terrified,” and that as a 27-year-old, she was taught to believe that things were always getting better, which isn’t the case for younger generations. “I definitely talk to 20-year-old people who are like, ‘what do you mean? It’s been a trash fire since I was watching the news with my parents.’”

Watch a clip from the interview below: