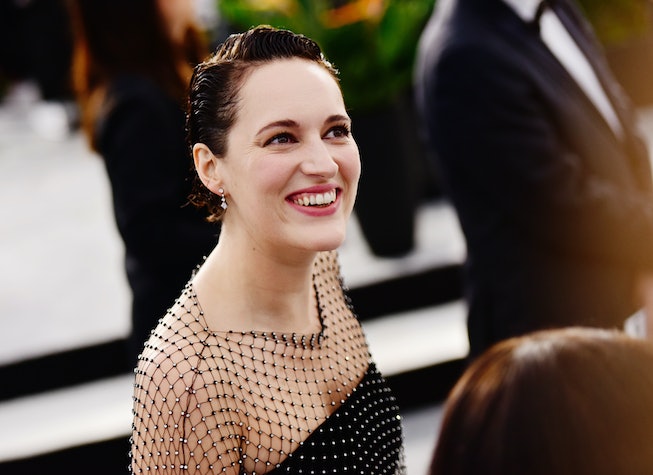 The world may be falling apart and nothing in life is certain, but today we can rejoice in the news that Phoebe Waller-Bridge is making a new series, as reported by Variety.

There’s virtually no information about it, except that it is for Amazon, and that it is expected to go into production some time before the end of 2022. I don’t know about you, but those crumbs of information are enough to get me through the next few months!

The show is the part of a larger Waller-Bridge deal with Amazon, which she inked in 2019 after Fleabag won six Emmys. In the last three years, writer, director, and voice of a generation Waller-Bridge has been busy. She gave us Killing Eve, co-wrote the James Bond film No Time to Die, acted in Indiana Jones 5 and executive produced and acted in HBO’s sleeper comedy Run, which was only good when she was onscreen.

She was also previously attached to Amazon’s series adaptation of “Mr. and Mrs. Smith” opposite Donald Glover, but exited the project in 2021 due to “creative differences.” Two geniuses clashing? Big surprise! Don’t worry though, according to the Hollywood Reporter, she and Glover, who co-starred in Solo: A Star Wars Story, are still pals.

But it’s hard to believe it’s been almost three years since the perfect second season of Fleabag premiered, which means it’s been three years since television peaked. So far, nothing has captured the zeitgeist that Fleabag did, a one of a kind genre-defining comedy drama about a self-hating woman dealing with heartbreak and grief after the death of her best friend, based off Waller-Bridge’s one-woman show of the same name.

Though we’ll lap up anything Waller-Bridge is attached to like Zoë Kravitz lapped up milk in preparation for her role as Catwoman, it’s safe to say we have high hopes that Waller-Bridge’s next comedy will cast some of the same magic as Fleabag — a show people literally have not stopped talking about for the last three years. The latest discussion revolves around how the show inspired a generation — largely concentrated on TikTok — to embrace their “dissociative feminist” era inspired largely by the Waller-Bridge’s messy, self-effacing title character.

It’s unclear if Waller-Bridge’s new comedy will incite quite the same level of discourse (I almost hope not?) but we’ll be keeping a watchful eye over any emerging details. In the meantime, you can stream Fleabag again on Amazon Prime Video.