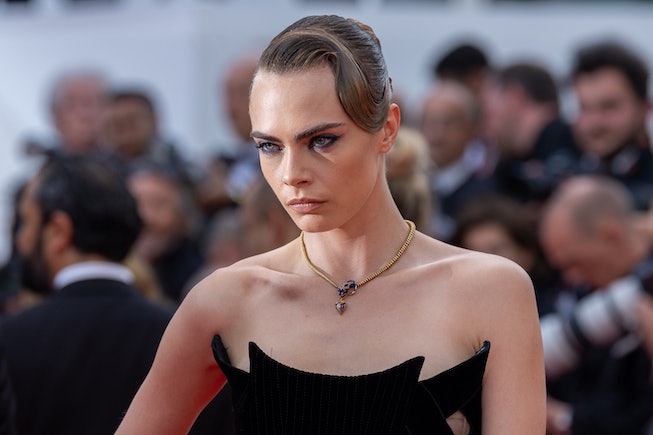 Cara Delevigne — noted model, actor, pansexual, and sex toy mogul — will soon try her hand at slinging sex advice and exploring old-as-time questions around desire and attraction, as the host of a Hulu docuseries about sex.

Planet Sex with Cara Delevigne, described by the BBC as a six-part documentary series, has been in the works since 2020. It was originally described as a series that answered pressing gender and sex 101 questions, like why are some of us straight and some of us not? Is there even such a thing as straight? Are gender and sexuality independent or intertwined? Why do our sexual tastes vary from person to person, and culture to culture? The series would also explore relationships and the popularity of pornography, with Delevigne volunteering for experiments and conducting demonstrations in leading sex research labs and interviewing people from communities who experience gender and sexuality very differently.

But more recently, the series, which has since moved to Hulu, is being described as being more centered on Delevigne herself. It’s unclear how much of the original premise remains. Maybe enough people have come out in the last two years that there’s less of a need for baseline questions about sexuality and desire. Or maybe people just want to hear details of Delevigne’s exploits...you have to give the people what they want!

"On this immersive journey, she puts her mind and body on the line in search of answers regarding human sexuality, its joys, mysteries, and constantly changing nature," according to Hulu. "In every episode, she shares her own personal experiences. Uniquely unfiltered and authentic, there's no limit on how far Cara's willing to go to explore what makes us all human."

“As someone who struggled for years to understand my sexual identity, I am so excited to be making a series that could change the views of so many people through honest and personal conversations,” Delevigne said in a statement. “I can only imagine what having a series like this would have meant to the 14-year-old me who struggled to understand feelings that were seen as non-conventional or different. If our series helps one young person have an easier conversation with their parents, we will have achieved one of our many goals in making this series.”

Planet Sex with Cara Delevigne will air on November 29.

NEXT UP
Culture
The Biggest Revelations From The Price Of Glee Docuseries
Culture
Phoebe Dynevor Will Not Return for Bridgerton Season 3
Culture
Succession Season 4 Trailer Explodes With Family Drama
Culture
Netflix Is Seriously Cracking Down On Sharing Passwords
Style + Culture, delivered straight to your inbox.