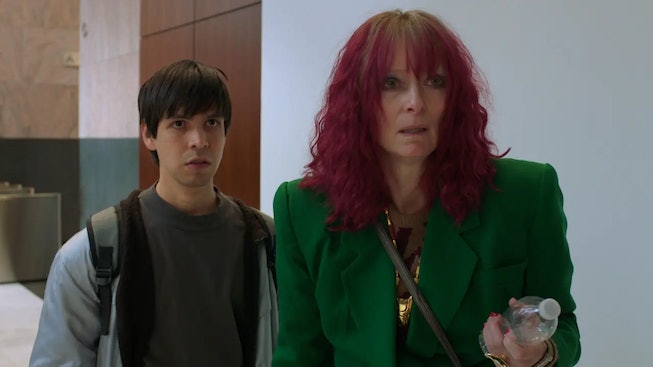 For those looking to fill a Julio Torres-shaped hole in their heart following HBO’s untimely cancelation of Los Espookys, prepare yourself for the actor and comedian’s film directorial debut: Problemista.

The film, which is also written by and starring Torres, follows Alejandro, an aspiring toy designer from El Salvador, struggling to bring his unusual ideas to life in New York City. When he’s caught in a dreaded visa time crunch, his only option for staying in the country is assisting an erratic art-world outcast, played by none other than Tilda Swinton. Knowing Torres’ penchant for the surreal, Problemista will likely be a hypnotic, freaky ride through New York City and the debased, byzantine world of the U.S. Immigration system.

The film was announced back in July 2021 and will premiere at the SXSW 2023. Adding to the already significant Problemista buzz is the fact that the film is produced by both A24 and Emma Stone via her Fruit Tree banner.

Torres rose to fame thanks to his viral and dreamy Saturday Night Live sketches, where he worked as a writer from 2016-2019, like “Papyrus” and “Wells For Boys.” The rest of Torres work can be viewed on HBO, home to his critically-acclaimed comedy special My Favorite Shapes (it’s exactly what it sounds like, believe it or not) and two seasons of his short-lived Spanish-language comedy series, Los Espookys, which follows a group of horror-loving friends who create a scare-for-hire business.