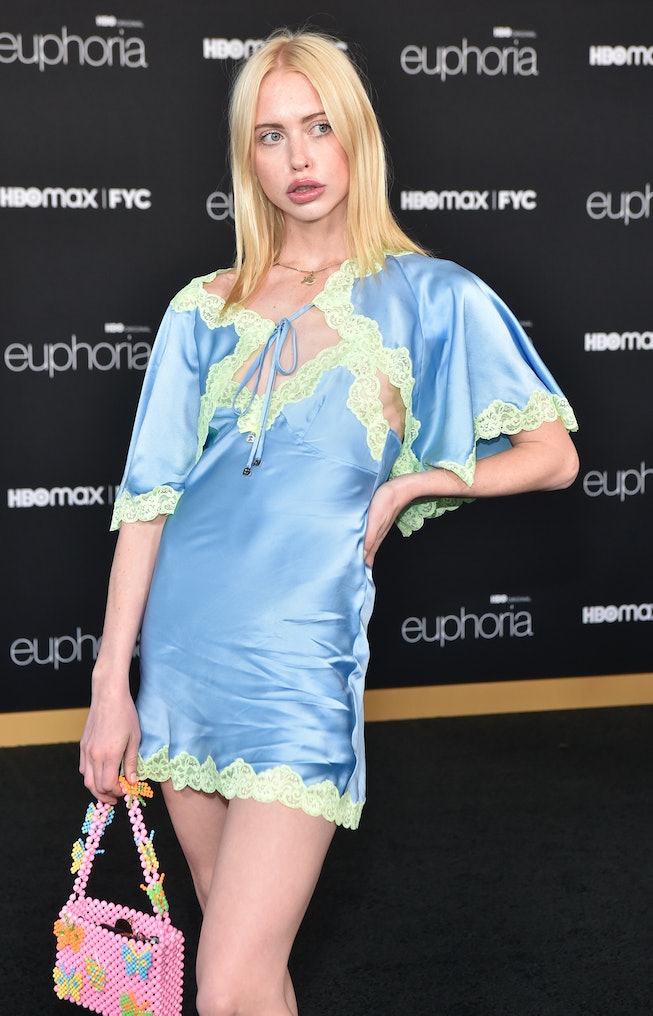 For a lot of people, Chloe Cherry came out of left field, swooping into Euphoria to steal scenes and into Sephora to sell Urban Decay lipstick. She went from adult film darling to bona fide star seemingly overnight, and will now star in her first project since Euphoria. Cherry is set to star in an upcoming sci-fi drama called www.RachelOrmant.com, alongside Dasha Nekrasova and Betsey Brown, as reported by Variety.

There’s not much information yet on the film, which is described as a “psychedelic technosatire about growing up in captivity.” Doesn’t get more vague than that, but if there’s anything that Nekrasova and Cherry are, it’s very techno-centric (i.e. very online), but we’re curious about what “captivity” means here. The film, which is currently in production, is directed by Peter Vack, who made 2017’s Assholes, a film about two recovering addicts who meet in a therapist’s waiting room, relapse on poppers, and wreak havoc in New York City. Vack is also an actor, best known for his role as the too upbeat for his own good digital editor Patrick in The Bold Type, as well as for roles on Love Life and Mozart In The Jungle.

Nekrasova is, of course, best known for her podcast Red Scare, influencing half of the girls on Twitter dot com, and for her role as Comfrey, Kendall’s much-needed crisis PR rep on Succession, for which she recently won a Screen Actor’s Guild award, along with the rest of the cast. Brown appeared last year alongside Nekrasova in The Scary of Sixty-First, and starred in Actors.

Though this is Cherry’s first project outside Euphoria and the adult film industry, she expressed her desire to be cast in films to NYLON earlier this year.