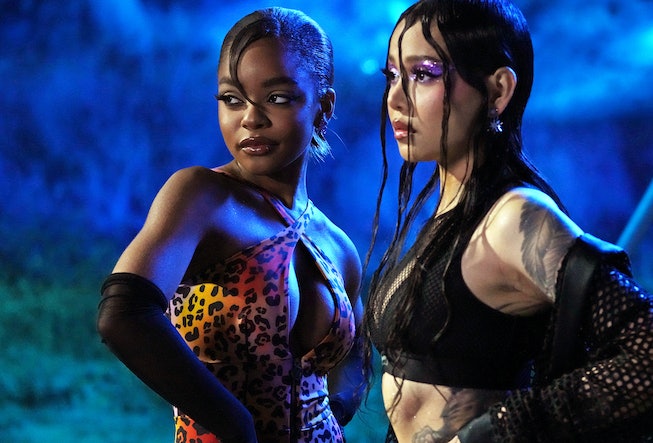 It’s been more than a year since Rihanna graced us with the drama, intrigue, and sheer glamour of a Savage x Fenty show. It’s okay; she’s a busy billionaire who recently had her first baby and just last week released a song for Black Panther: Wakanda Forever.

Luckily, we won’t have to wait much longer for Savage X Fenty Vol. 4, which will air on Prime Video on November 9. Rihanna, the show’s executive director and creative director, posted a teaser for the teaser trailer on Instagram last week, which was favorited by a cool 1.4 million users. Today, Nov. 2, the full teaser trailer was released today for the show, promising dance circles in a dimly-lit forest setting, technicolor lights, black lace, fishnets, catsuits, and baggy pants.

The annual Savage x Fenty extravaganza is more than a fashion show; it’s a fever dream pillar of culture featuring the most interesting up-and-coming and just-on-the-pulse celebrities. This year’s show will feature performances from musical artists Anitta, Burna Boy, Don Toliver, and Maxwell, as well as special appearances from a slew of stars, including Bella Poarch, Cara Delevingne, Rickey Thompson, Irina Shayk, and Precious Lee.

According to the official show announcement, this season’s Savage x Fenty collection focuses on “self-expression and personal empowerment,” featuring “disparate textures, unexpected detailing, and unconventional proportions that come together seamlessly to create a boundary-bending Xperience for everyBODY.”

Read on for how to watch the latest Savage x Fenty show. Watch the teaser trailer here:

Where to watch Savage x Fenty

Who will be performing?

Where to buy Savage x Fenty

After drooling over the show, you can buy your favorite Savage x Fenty pieces in the Amazon Fashion Store and at Savage X Fenty on November 9. The collection will offer bra sizes ranging from 30–46 in bands and A–H in cups (up to 46DDD/42H), and underwear, sleepwear, and loungewear ranging from XS–4X/XS–XXXXL.