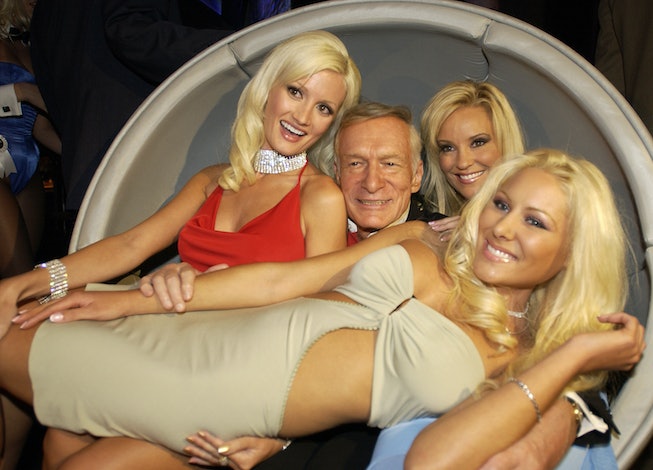 Behind the shiny veneer of the Playboy franchise is a deep trove of secrets darker than you could even imagine. Many of those secrets are excavated in A&E’s Secrets of Playboy, a devastating docuseries featuring interviews with former Playboy employees and Hefner’s former girlfriends, that unpacks the dark legacy of one of America’s most iconic and problematic brands — a legacy that includes allegations of physical and sexual abuse, coercion, and drugging.

The docuseries, which was created by This Is Paris director Alexandra Dean and premiered in January, was A&E’s most-watched series in more than five years. Now, Secrets of Playboy is getting two additional episodes. The two new hourlong episodes won’t be in the same documentary-style as the show’s current 10-episode season, but will instead include new conversations with Hefner’s former girlfriends, hosted by investigative journalist and former Playboy cover model Lisa Guerrero.

The first episode, which airs March 28, will focus on Playboy’s Girls Next Door era, featuring interviews with two of Hefner’s former girlfriends, twins Karissa and Kristina Shannon, who are sharing their story for the first time.

The second episode, which airs April 4, will include a conversation with former Playmates, girlfriends, and employees, many of whom are heavily featured in the series, including Sondra Theodore, Susie Krabacher, Lisa Loving Barrett. and Audrey Ann Huskey. A sex and trauma therapist, Dr. Kate Balestrieri, will also be in conversation.

Though it seems obvious that Hugh Hefner and the powers at Playboy would create a culture that’s hostile towards women, the full extent of the picture of abuse allegations hasn’t been formed until now — years after Hefner’s death.

“I hope this documentary changes the legacy of Playboy. I think it’s time for this reckoning. I think Playboy has to be reevaluated,” Dean told NYLON in January. “And you know what I really hope? That there’s a generation that sees this and feels like they can find another way to sexual freedom where they hold the reins of power for themselves and nobody else is debating what that looks like for them.”

Since the premiere of the docuseries, PLBY Group, which Playboy is now called, issued an apology, reiterating how the brand has sought to distance itself from Hefner.

“The Hefner family is no longer associated with Playboy, and today’s Playboy is not Hugh Hefner’s Playboy,” the company said in a statement. “We trust and validate these women and their stories and we strongly support those individuals who have come forward to share their experiences.”

Hefner’s had plenty of defenders, though, including his son and several former girlfriends and Playboy employees, who wrote a letter calling the accusations “unfounded.”

“I believe a lot of women had a positive experience at Playboy and those women I think should celebrate their own experience,” Dean told NYLON. “This doc shouldn’t take away from what it did for them. And I think those women who feel really really damaged and traumatized by Playboy should also be able to speak.”

You can stream Secrets of Playboy on the A&E app and aetv.com.