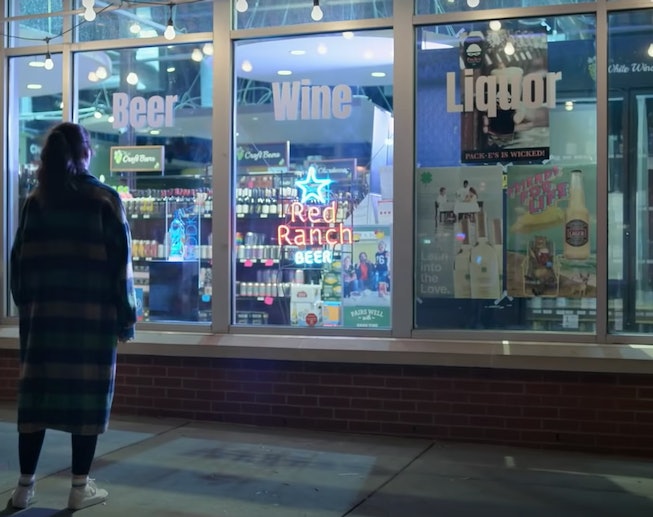 It’s January, which means that everyone is trying to get their life together, if only for a couple of weeks. And what better way to inspire you to do so than watching the messy escapades of someone struggling with self-loathing as they seek a clearer path? You’ll be able to do so soon, with the premiere of Freeform’s new dramedy Single Drunk Female from GIRLS executive producer Jenni Konner, later this month.

Single Drunk Female stars Sofia Black-D’Elia as Samantha Fink, a 20-something New York City media girl who has an embarrassing, potentially dangerous public meltdown and has to get sober to avoid jail time. She moves back home to the Boston-area with her overbearing mother, works at a grocery store, goes to Alcoholics Anonymous and tries to contend with her newly sober life while she’s back in the place that triggered her drinking in the first place. Oh, and her best friend is now dating her ex. The show is produced by GIRLS’s Jenni Konner, Russian Doll’s Leslye Headland and The Conners’ Simone Finch, who created the show. It also stars Ally Sheedy of Brat Pack fame as Fink’s mother.

In the trailer, we see Black-D’Elia grapple with the boredom of sobriety and struggle with the infamous Alcoholics Anonymous rule that you shouldn’t date until you’ve been sober for a year, and try to nap in the shelves of the grocery store where she works. From the trailer, it looks like the show might actually do a good job at grappling with the complexities and ups and downs of sobriety — shying away from the cliches that often make recovery out to look like a neat and tidy plot arc (looking at you, And Just Like That...).

The show also seems like it has some of that GIRLS-style mesmerizing mix of cringe and deadpan dialogue that feels almost too true to real life. In one scene in the trailer, her mom, whom she calls “Smother,” asks, “Did you just talk about me the whole time?” "Yes, Mother. It's all about you," Samantha replies. "But yeah, basically." In another scene, her sponsor asks her, "You wanna come in for a cup of tea? It's not blow but it's all I have.” We can’t get enough of a self-loathing young person on the path of messy self-improvement!

Single Drunk Female premieres with back-to-back episodes January 20 on Freeform and will join Hulu’s catalog on January 21. In the meantime, you can watch the trailer here: