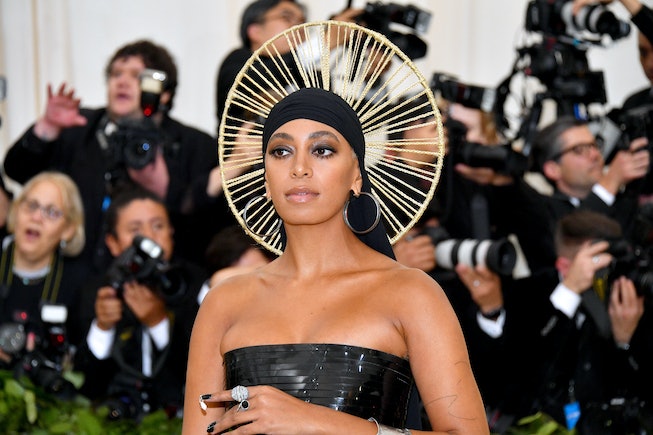 Solange Knowles is about to inject some hype into another cultural institution: The New York City Ballet. The multi-hyphenate talent is composing music for the organization’s Fall Fashion Gala, making her the first Black woman to have composed a score for the institution. The event, which honors New York gal about town Sarah Jessica Parker, who is unsurprising to no one, the ballet’s vice chair. The performance debuts September 28 at Lincoln Center in New York City.

“Very excited to announce i’ve composed an original score for the New York City Ballet,” Knowles tweeted on Tuesday, with four photos of her posing in the hallowed halls of the ballet, looking effortlessly, professorially chic.

Talk about range! Solange has always been known for being good at everything, from pulling off avant-garde red carpet looks since the early 2000s to collaborating with everyone from psych rock group Of Montreal to artist Ai Weiwei with a stylish subtlety.

The piece, which is yet to be titled, was composed for the chamber ensemble and will be choreographed by Gianna Reisen, who in 2017 became the youngest choreographer to work with the New York City Ballet. It will also feature a set to be performed by some of Solange’s frequent musical collaborators...any guesses? Dare we dream Beyonce?

This isn’t the first time Knowles has lent her talents to highbrow cultural institutions. She created the performance art piece “An Ode To,” for the Guggenheim in 2018 and “Bridge-s,” performed at Los Angeles’ Getty Center in 2019, as well as created works for the Chinati Foundation in Marfa, Texas, and the Elbphilharmonie in Hamburg, Germany, which also featured original compositions.

Her composition for the New York City Ballet marks her first foray into ballet, but not into dance. Her stunning 2016 album A Seat at the Table and her 2019 album When I Get Home included corresponding films with gorgeous choreography. She does say ballet, in particular, was formative for her as a child in Houston, particularly after seeing the Black principal dancer Lauren Anderson at the Houston Ballet. She once told the New York Times, “My dream was to go to Juilliard.”

Unfortunately it will cost you at least a grand to see the debut of the composition at the Fall Fashion Gala on September 28, but the performance will return to the New York City Ballet in October and May. By then, who knows what else Solange will have done.