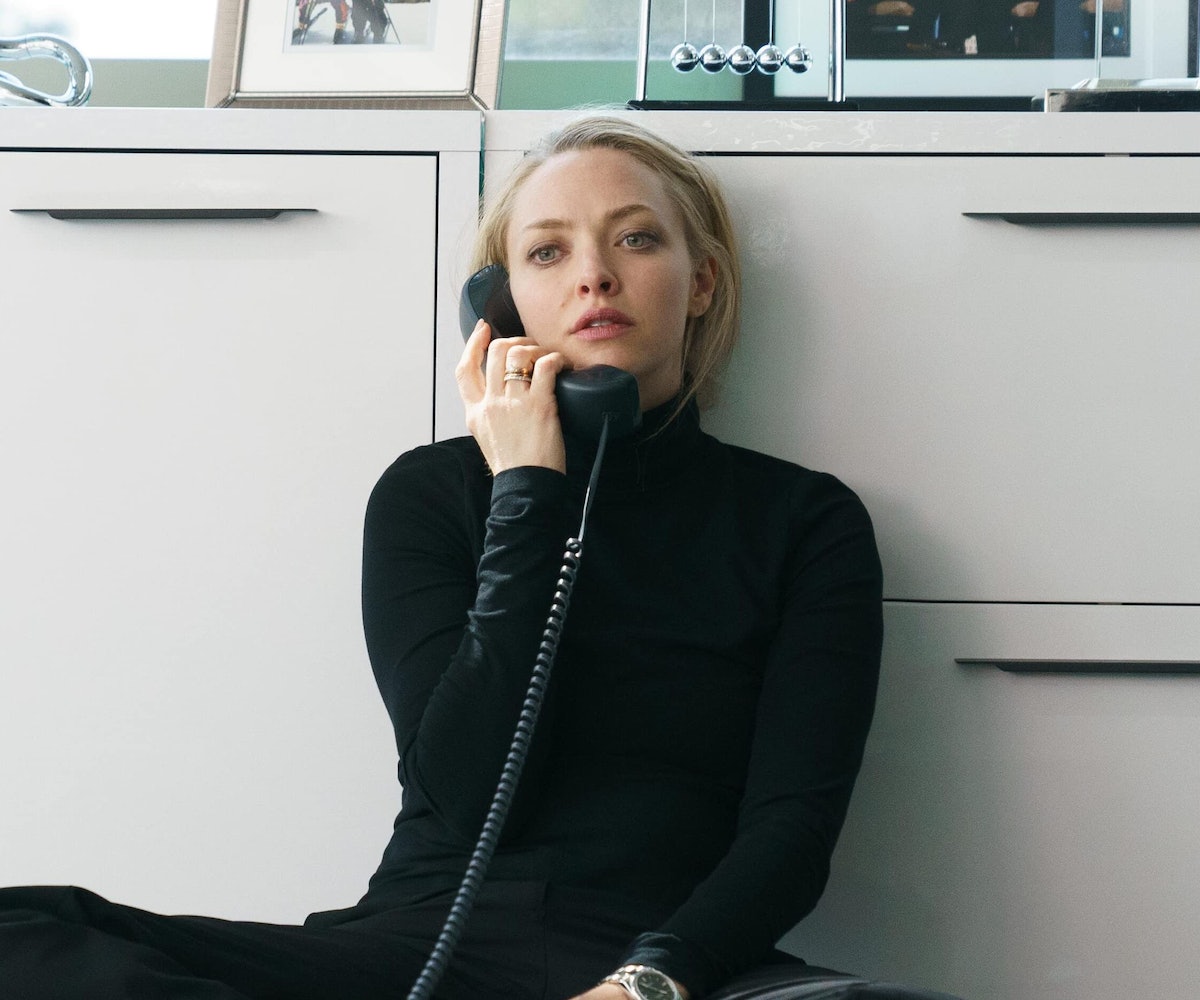 Have you heard? American culture just can’t get enough of women committing wire fraud. Combine that with the culture’s other persevering obsession — nostalgia for the ‘00s in all its many forms — and you have two key ingredients behind Hulu’s buzziest new release, The Dropout.

The show follows the story of Elizabeth Holmes, played by Amanda Seyfried, the once-lauded billionaire CEO and founder behind the now-defunct health technology company Theranos. Holmes wanted to revolutionize medical diagnosis and claimed that her company’s blood testing device would not only make the process cheaper and more accessible but do it with the minimal amount of patient discomfort — only one drop of blood was required. Holmes was successful at first; Theranos raised nearly $100 million in venture capital funding by 2010 and in 2013, the company had a partnership with Walgreen’s to launch in-store blood sample collection centers.

Famously, things didn’t work out according to Holmes’ grand vision; a series of investigations revealed that Theranos’ technology accuracy was highly exaggerated and that the company had deceived investors. Long story short: The CEO and her black turtleneck, along with former Theranos COO Ramesh Balwani, were indicted on nine counts of wire fraud and two counts of conspiracy to commit wire fraud, with the victims being investors and patients.

While Holmes awaits sentencing, The Dropout goes back to the start of her story and the genesis of Theranos, all soundtracked by the best throwback indie tunes the aughts had to offer, courtesy of music supervisor Maggie Phillips. Watching Seyfried as Holmes stomp through the halls of Stanford University while “Y Control” by the Yeah Yeah Yeahs blares? Now that’s art!

As the season continues, NYLON will be keeping track of every song that’s been played in each episode so far, updating the list weekly. Read on for the full soundtrack of The Dropout.