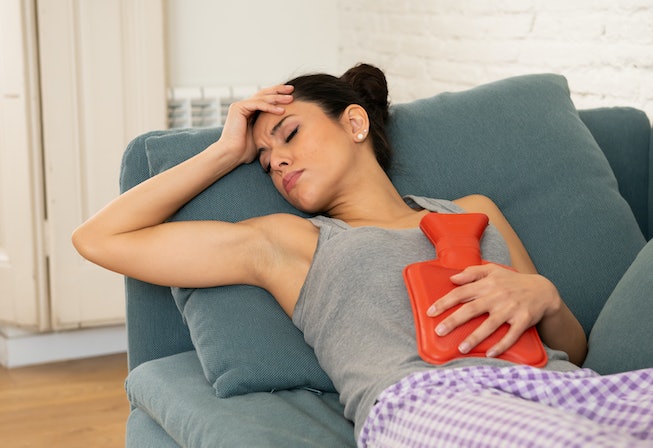 As far as blanket statements go, this one is mostly true: Being on your period sucks. There’s the emotional roller coaster of PMS, the whole “days of bleeding” ordeal, the fact that both tampons and pads are taxed, and the looming specter of menstrual cramps so intense that it feels like a demon has entered your body solely to squeeze your ovaries like ripe lemons. In a sane, civilized world, those who have periods wouldn’t have to suffer at work once a month, every month, for the majority of their working lives. In a sane, civilized world, folks with periods would be able to do the only logical thing in such a situation: lay in the fetal position with a hot water bottle in peace. As it turns out, there is a new beacon of hope — all the way in Spain — where the government is aiming to introduce a law that would allow up to three days of menstrual leave a month, entirely separate from paid holiday or sick leave.

If the Spanish government passed the law, it would be the first country in Europe to have a policy dedicated to menstrual leave. The country’s moves follow in the footsteps of Asian countries like Japan, South Korea, and Taiwan, who already have similar laws in place.

“When there’s a problem that can’t be solved medically, we think it’s very sensible to have temporary sick leave,” Ángela Rodríguez, the secretary of state for equality, told El Periódico in March 2022. “It’s important to be clear about what a painful period is — we’re not talking about slight discomfort, but about serious symptoms such as diarrhea, fever, and bad headaches.” In addition to the proposed law, the government is aiming to provide pads and tampons for marginalized people for free — and the items will have their tax removed in supermarkets. What a concept!

In a 2019 survey conducted by Reuters of 43,000 girls and women, 85 percent said they experienced painful cramping during their periods, 77 percent had symptoms of mood disorders, and 71 percent suffered from tiredness or exhaustion. If Spain passes the law, it’ll be a huge victory for people with periods in the Western world — where discussing period pain is still a taboo topic.

For those in the United States, here’s another blanket statement: Don’t hold your breath. As the possibility of the Supreme Court overthrowing Roe v. Wade feels more like a reality with each passing day, it seems like the government is more interested in stripping civil and reproductive rights than it is in making the lives of those with period pain marginally better.

NEXT UP
Culture
Marie Faustin Loves To Waste Men’s Time
Fashion
Jenna Ortega Is The Face Of Adidas’ Newest Line
Astrology
How to Use Astrology to Access Past Lives
Fashion
Collina Strada & Vans Team Up For A Chiller-Friendly Collection
Style + Culture, delivered straight to your inbox.