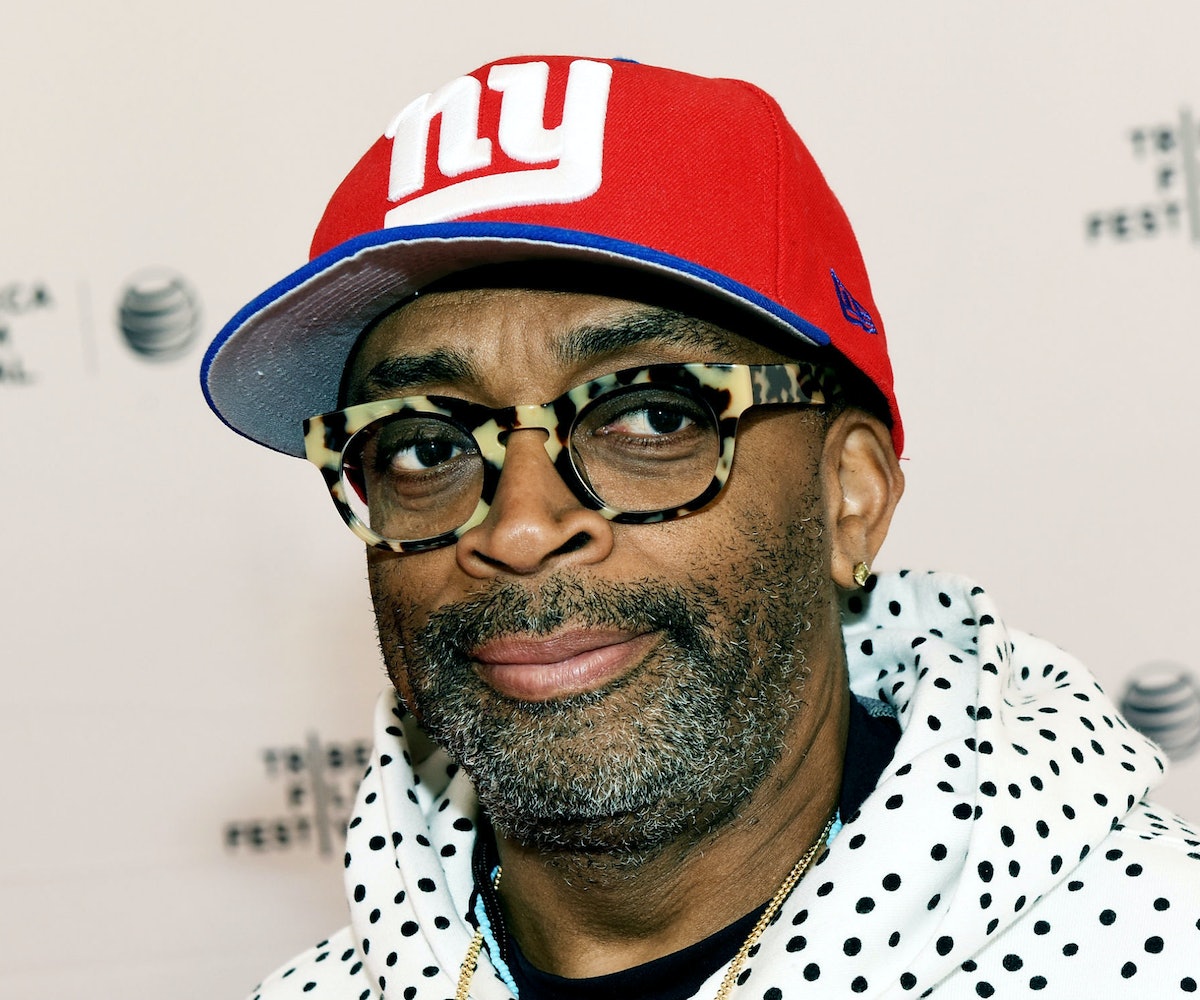 Photo by Dave Kotinsky/Getty Images for the 2015 Tribeca Film Festival.

Spoilers for Netflix's She's Gotta Have It ahead.

There’s a scene in Spike Lee’s She’s Gotta Have It that will elicit if not a laugh, then definitely a "Wait, what?!" moment. It did for me.

The scene I’m talking about comes in the sixth episode. Nola Darling’s best friend, Shemekka, is making her solo show debut at the dance club where she works. In the previous episodes, we learn that, though beautiful, Shemekka has a fierce insecurity about the flatness of her butt. So she decides to get illegal butt injections to help improve her situation. On the night of her show, her ass triples in size. She’s more confident, the audience loves it, and she’s winning the crowd over until she trips, falls back, and lands on her newly inflated butt... which then bursts onto the audience.

It’s not meant to be a funny moment in the show, Lee explains when I bring it up in a recent interview. “There are many ways to approach something, one is satire,” Lee says. “That's why we had the [fictional] show She Ass'ed For It. I don't understand the thinking that if it's a serious subject matter, you can't use satire—and that's the charge we got with Chi-Raq [Lee's film about the gang and gun violence in Chicago]." Many Chicago residents—including the cities mayor Rahm Emanuel—didn’t take too kindly to what they thought was an exploitative project. Lee explained in defense of his 2015 movie: “The story came down to our understanding that satire would be the best because it uses humor to elevate the issue you’re describing.”

The issue this time around is the dangerous industry of butt injections. In March, a fake doctor was sentenced to 10 years in prison for killing a woman with toxic butt injections. In July, a woman in Harlem, New York, was killed by a botched butt injection procedure. The scene in Lee’s series is cartoonish, yes, but it’s an incident that could’ve been ripped out of the headlines. Shemekka’s name could’ve easily have been Latesha Bynum or Shatarka Nuby. “Shemekka has such low self-esteem that she feels like if she had a bigger butt, it's gonna change her life, and now she'll be loved. And that character to me is very sad and tragic,” Lee says. “It pains me when I read how these majority black women are dying getting these bootleg back-alley butt injections with silicone, shit that you get from fucking Home Depot.” He goes on to ask: “What has society done that has such an impact on women who feel like they're not women unless they have these… I don't even know how to describe these butts.”

Lee's hope is that by bringing awareness to the problem—even through satire—a conversation will start that can explore the unrealistic body pressures women of color deal with. And there's nothing to laugh at about that.

NEXT UP
Life
19 Self-Care Gifts For Your Friend Who Needs To Relax
Culture
In Cann’s Holiday Campaign, The Greatest Gift Is Being Chill
Culture
Mowalola Teams Up With Bratz For A Daring, High Fashion Collection
Life
NYLON Daily Newsletter: November 30, 2022