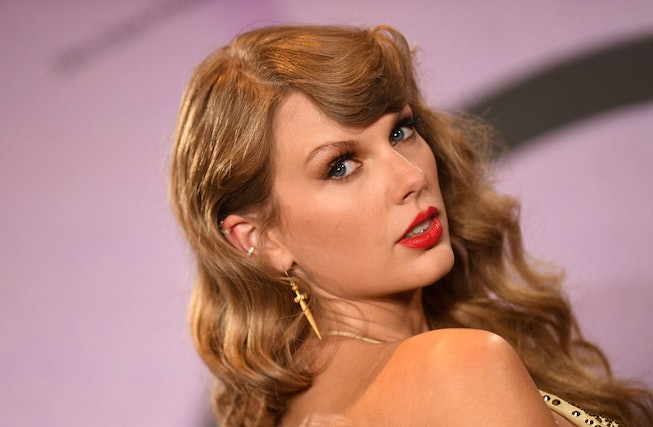 Taylor Swift is busy. Not only did she recently release her 10th studio album Midnights to record-breaking listenership, she’s still re-recording all of her old albums, and she’s doing more for antitrust reform in the wake of her Ticketmaster fiasco than Congress has done in years. But time stops for no pop star, and that means Swift is already onto her next venture: directing a feature-length film.

Swift has reportedly written an original script, which will be produced by the studio behind Oscar favorites Nomadland and The Shape of Water. We don’t know anything else yet about this film, including plot or casting — but all of that feels very secondary to the fact that Swift is directing.

“Taylor is a once in a generation artist and storyteller,” said Searchlight presidents David Greenbaum and Matthew Greenfield in a release. “It is a genuine joy and privilege to collaborate with her as she embarks on this exciting and new creative journey.”

Obviously, Swift is an expert storyteller with the ability to conjure every single emotion you’ve ever felt about something in a single chorus, but her directorial work has been slept on. (As if you could describe anything relating to Swift as “slept on.”)

But at the MTV VMAs in 2020 and 20202, she won the award for Best Director for her work music videos for “The Man” and All Too Well: The Short Film. In the past, Swift’s videos haven’t always hit the mark, which even the most devoted Swifties agree on (looking at you “Anti-Hero”), but that all changed with Swift’s “All Too Well,” the 14-minute short film she directed for the extended version of the heart-obliterating song.

Yesterday, Swift released behind the scenes footage of herself directing All Too Well, while posting about the experience on Instagram — perhaps hinting to more directorial ventures in the future: “The first seeds of this short film were planted over ten years ago, and I’ll never forget the behind the scenes moments of the shoot,” Swift wrote on Instagram. “I owe everything to @sadiesink_, Dylan O’Brien, my incredible DP @the_rinayang and my producer @saulysaulysauly. I also want to say thank you to our wonderful background actors and crew who made this story come to life so naturally. I loved every second of it and I will always remember it. All. Too. Well. The behind the scenes footage of ATW the short film is out now!”

Until Swift releases updates about her feature film directing debut, you can watch her give direction to Sink and O’Brien, below.

NEXT UP
Culture
The Madonna Biopic Is Being Scrapped
Culture
Senators Quoted Taylor Swift During Ticketmaster’s Hearing
Culture
Kaia Gerber Won’t Stop Until She’s Cast As Patti Smith In A Biopic
Culture
The 2023 Oscar Nominations Full List Is Here
Style + Culture, delivered straight to your inbox.