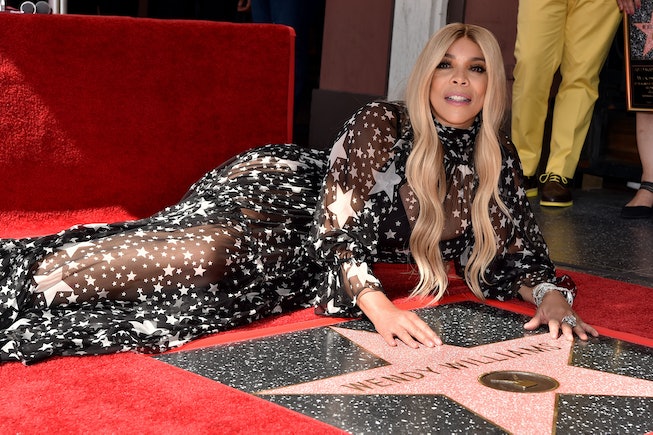 Update, 2/23: Wendy Williams’ representative says she has been assured by the show’s production company that “should her health get to a point where she can host again and should her desire be that she hosts again that she would be back on TV at that time.” There is hope!

Nothing gold can stay: The Wendy Williams Show will officially be cancelled in June.

The program will be replaced by another daytime talk show with an alliterative name, The Sherri Shepherd Show, which will take Williams’ slot later this year. Apparently, the studio has been trying to find a replacement for her show for years, according to lovebscott.com, who broke the news of the show ending. The Wendy Williams Show has had a rocky time lately since its leading lady has taken multiple health leaves to deal with the effects Grave’s disease. Sources told the site that Williams has become “somewhat unbearable,” and has been throwing tantrums, along with objects at people.

“Basically, the consensus among the crew is that she didn’t wanna be there anymore, the source said. “Her illnesses may have exacerbated this feeling.”

In the meantime, Shepherd, a longtime panelist on The View, has been frequently filling in, and in negotiation to take over for weeks, according to Deadline. There’s no word on any of this from Williams yet, who seems to be off the grid, though she did post a five-minute video on Instagram about a week ago of her taking a walk on the Florida beach with her son, presumably to let her fans know she’s doing okay.

There’s something special about daytime TV and its theatrics, which mostly entertain retirees, kids staying home sick from school and now, in its most viral moments, the internet, thanks to Twitter. Williams joins the daytime TV bygone icons like Tyra Banks and soon, Ellen DeGeneres. Of course, we’ll miss Williams’ theatrics and penchant for dramatic flair for news. Let us not forget when she talked about Britney Spears’ family after Spears’ searing court testimony earlier this year, saying, "Death to all of them....."

It’s unclear yet if Shepherd is going to have as many wild, viral moments as Williams. Though, in many ways, it does sound like Shepherd’s show will be the sort of spiritual successor to Williams’, at least in format, with the popular “Hot Topics” segments carrying over, where she riffs on everything you saw on Twitter in the last week.

It remains to be seen if Williams will be returning to her velvet armchair to say goodbye. So instead, you can pay tribute to her by watching one of her most memorable moments, where asks her audience is Harvey Weinstein's ex-wife Georgina Chapman should suffer, in a January 2018 episode, below.