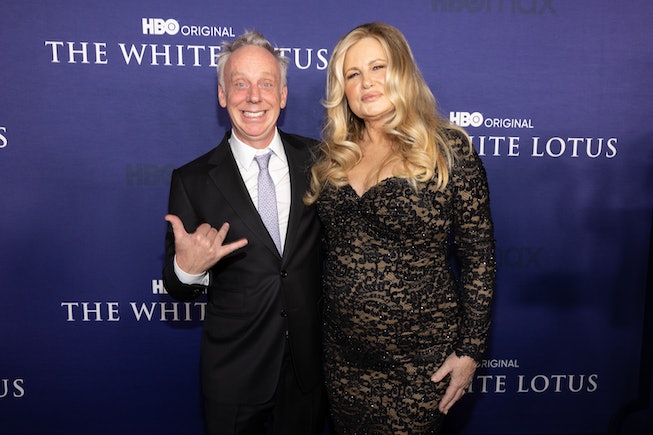 Our Italian sojourn isn’t over, and already it’s time to start thinking about our next stay at The White Lotus. Mike White’s addictive, critically-acclaimed HBO show The White Lotus has only aired three of the seven episodes in its second season and has already been renewed for a third.

Like its previous seasons, the third installment of The White Lotus will follow a new group of guests checking into a White Lotus resort in a new, luxury locale. Season 1, which starred Jennifer Coolige, Sydney Sweeney, Jake Lacey, and Lukas Gage, followed a group of criminally bizarre high-rollers visiting Hawaii, while Season 2, which stars Coolidge, Aubrey Plaza, Michael Imperioli, and Meghann Fahy is following the escapades of the wealthy in Sicily.

The Season 3 pickup comes after The White Lotus won 10 Emmys — the most of any program this year — in September. It’s also worth mentioning that the show was renewed for its second season even before its first was complete — something they also did with Big Little Lies. When you find a good hotel, you hold onto it!

“I feel so lucky to get this opportunity again and am excited to reunite with my amazingly talented collaborators on The White Lotus,” White said. It’s unclear where the next White Lotus resort will spring up, but ever since I saw someone tweet about The White Lotus: The Great Wolfe Lodge, the concept will not leave my brain. Mike White: Are you taking suggestions?

Read on for everything we know so far about The White Lotus Season 3.

It’s unclear if Jennifer Coolidge will return, but we are praying

Coolidge was one of two cast members from Season 1 to reprise her role in Season 2, playing the effortlessly charming, out-of-touch, prone to emotional outbursts socialite Tanya McQuoid. The other was Jon Gries, who played McQuoid’s secretive Bueau of Land Management employee lover. Although we don’t know what’s in store for Tanya’s story yet, we’re crossing our fingers big-time for Coolidge to once again reprise her role, which won her an Emmy.

White hinted for Season 2 that “some” of the characters could come back. Though only Tanya McQuoid and her lover returned for Season 2, perhaps more characters could return for Season 3...that is, the ones who live. (It’s too soon to tell the fates of any of our delusional, self-absorbed Season 2 characters thus far.) “I don’t think you can credibly have [all the Season 1 guests] on the same vacation again,” White told TV Line last year. “But maybe it could be a Marvel Universe type thing, where some of them would come back.”