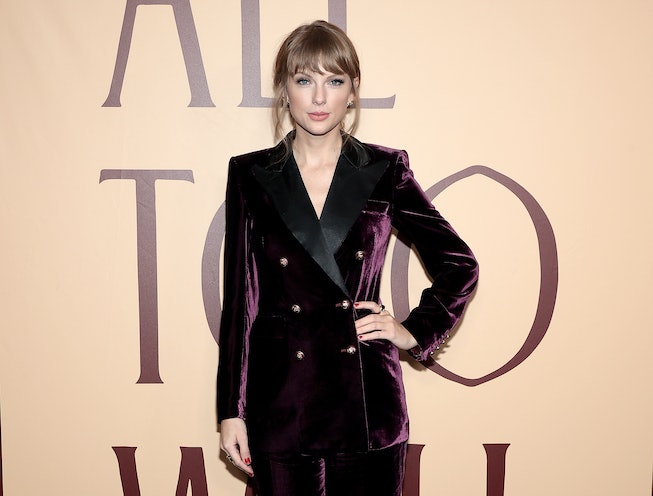 Taylor Swift has long been influential and controversial enough to write a thesis on — but now you actually can, in a new course currently being taught at New York University’s Clive Davis Institute, with a waitlist as long as the countdown to Reputation (Taylor’s Version). (Just me?)

According to Variety, the class, which started on January 26 and runs through March 9, seeks to contextualize Swift in our culture, covering her evolution as a music entrepreneur, the legacy of pop and country songwriters, conversations about youth and girlhood, and the politics of race in contemporary popular music, according to a rep for the program. No word yet on whether Swift will actually be speaking to the class, though she has been invited.

The course is being taught by Brittany Spanos, noted Swiftie and the music journalist who singlehandedly made publications like Rolling Stone appreciate the musician for the genius she is — a fact that was cemented when “All Too Well,” was listed as no. 69 on the magazine’s 500 Best Songs Of All Time list in 2021. (A well-deserved placement IMO, and this is before the extended version.)

“I’ve been covering Taylor Swift since I began my writing career a decade ago and have been a super fan of hers for even longer. It’s such an honor to be able to share my Swiftie expertise with a sharp group of students,” says Spanos. “I hope to help them rethink how to engage with one of the things world’s biggest and sometimes divisive stars.”

There really is so much to unpack with Swift, especially when it comes to the equal amount of fandom and vitriol people seem to have for her. It feels like telling people you like Swift requires either unapologetic vigor or a guilty disclaimer — the psychology of which I find fascinating, as someone whose own internalized misogyny kept me from appreciating Swift until the release of 1989.

Anyway! According to Variety, that’s exactly what the course gets at: deconstructing both Swift’s appeal and people’s aversion to her, delving into analyses of the culture and politics of teen girlhood in pop music, fandom, media studies, whiteness, and power. The course will also consider copyright and ownership, American nationalism, and the ongoing impact of social media on the pop music industry. Sign us up, please!

NEXT UP
Culture
Senators Quoted Taylor Swift During Ticketmaster’s Hearing
Culture
Spice Girls May Reunite For King Charles’ Coronation
Culture
The Madonna Biopic Is Being Scrapped
Culture
Who Won At The 2023 Grammys
Style + Culture, delivered straight to your inbox.