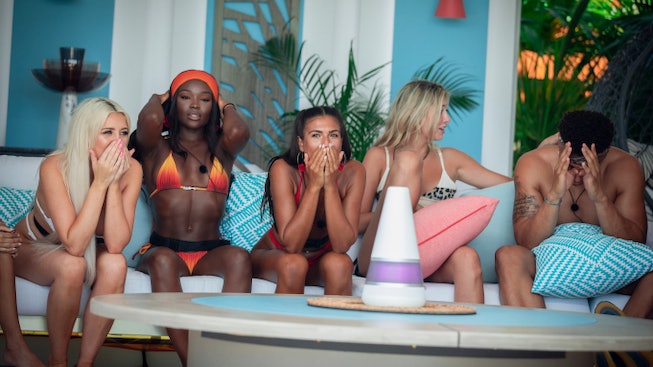 The first half of the season will release on June 23 and the second will release on June 30. Season 2 premieres to a very different world than the show’s first season, which premiered in Spring 2020, when both viewers and contestants were starved for touch. It was Netflix’s no. 1 television program during the week of April 20, 2020, just after the streamer’s explosive Tiger King era. Season 2, which was filmed during the pandemic, is set in Turks and Caicos.

The premise of the show is to take a group of 10 hot, single people, put them in a house in a romantic destination, and tell them they can’t touch each other, with the goal of building lasting emotional connections over physical ones. Every time anyone kisses or hooks up, the whole group gets money deducted from their $100,000 grand prize. Last season, each contestant walked home with $7,500 before taxes. Oh, and for some reason its hosted by an Alexa-like cone robot named Lana.

Nevertheless, the trailer shows a lot of people jet skiing, making out, and then apologizing to Lana. But eventually, contestants start saying things like, “It’s not just about sex; it’s way deeper,” with G-rated affection shots of contestants gazing into each other’s eyes. They’ve changed! Maybe!