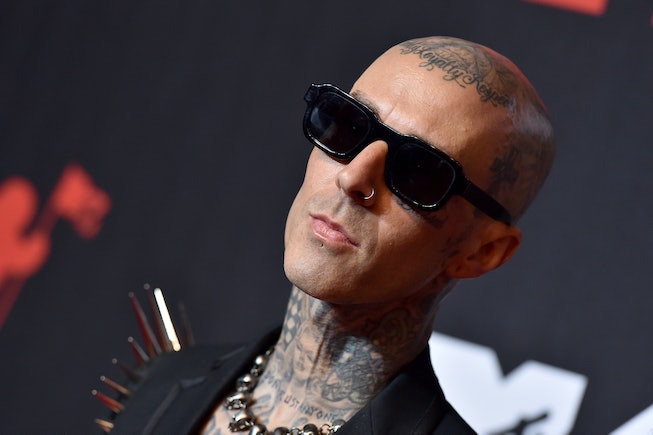 Travis Barker is taking a moment from single-handedly leading the current pop-punk renaissance for Gen Z and being a doting boyfriend to Kourtney Kardashian to celebrate one of the most important times of the year: Halloween. More specifically, he’s launching House of Horrors, an exclusive Halloween-weekend show in Los Angeles on October 28.

Barker is going all out and curating the very best the pop-punk scene has to offer, from vanguards of the genre like his current partner in crime, Machine Gun Kelly, his fellow Blink-182 bandmate, Mark Hoppus, pop-punk princess, Avril Lavigne, and the genre’s rising star and Barker’s very own protegé, Jxdn.

The exclusive Halloween broadcast will obviously be dispatched from a private haunted estate out of respect for the revered holiday, and is done in collaboration with NoCap, the brainchild of Roxy Theatre co-owner and Grammy nominated musician, producer, and entrepreneur Cisco Adler. “This is the concert we all WISH we could go to,” Barker said about the show. What more could you want from a co-sign? Tickets are currently on sale at the official House of Horrors website, with general admission tickets going for $25 and VIP tickets for $35. VIP ticket holders get extra perks, like the ability to tune in 30 minutes early for the arrivals and interviews and stay for the after party.

The event’s trailer sets the spooky scene with the classic horror tropes: shadowy figures lingering in hallways, clown masks, knives, and a pair of bloody drumsticks because we are dealing with one of the most iconic living drummers, after all. The event’s lineup is also special, considering just how much Barker influenced and helped the curated acts, like Jxdn’s debut album Tell Me About Tomorrow, which he produced and co-wrote.

“He gives me a lot of insight, he gives me a lot of wisdom,” said Jdxn in an interview with NYLON ahead of the record’s July release. “He makes me feel like I’m accepted and he actually does love me. I’m forever grateful to Travis. I don’t think there’s anything I can do to repay him, but giving him my life is a start. I owe Travis everything.”

Pop-punk is simply in Barker’s blood. “I grew up on punk bands. I still listen to them. I'll never outgrow that. I will forever,” he said to NYLON in September. “That is why I'm young and that is why I still feel like I can do anything and I don't give a f*ck. It's the best feeling ever.”