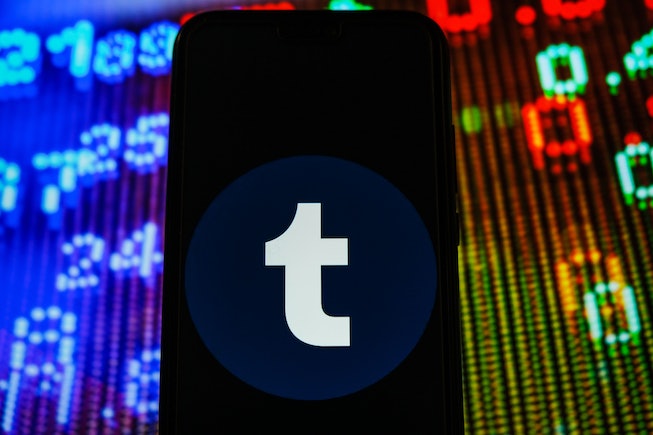 Tumblr, the once-popular site that defined the personalities of many a millennial (including this one) is reinstating one of the things that made it so fun in the first place: nudity.

For better or for worse, part of the reason Tumblr became so popular was for its bespoke images, videos, and GIFs of nudity and pornography, which is why it was a shock when the company banned nudity in 2018.

At the time, it owned by Verizon and struggling to avoid being removed from the App Store over child sexual abuse images, so Tumblr banned explicit content in the form of photos, videos or GIFs that “show real-life human genitals or female-presenting nipples, and any content — including photos, videos, GIFs and illustrations — that depicts sex acts.” (Yes, they really said “female-presenting nipples.”) After the ban, the site lost a whopping third of its users. Now, in Biden’s America, the company is partly reversing its position.

“We now welcome a broader range of expression, creativity, and art on Tumblr, including content depicting the human form (yes, that includes the naked human form),” the company wrote in a blog post on Tuesday. “We hope this shift creates more room for artistic expression to flourish on Tumblr while empowering each of you to craft your own experience and safely explore and discover the things you love.”

The post noted that “visual depictions of sexually explicit acts remain off-limits on Tumblr,” but any content including “nudity, mature subject matter, or sexual themes,” are allowed as long as the posts are tagged with the appropriate community labels, which Tumblr started in September.

Tumblr has been on the outs the last couple of years since the ban, but has been regaining relevancy in recent years as it’s become more popular with Gen Z, who currently make up 48% of its 135 million current monthly users, according to the company. People want social media experiences that feel more authentic, and Tumblr’s blog-like experience stands in sharp contrast to other social media platforms. Tumblr doesn’t have verification or sponsored posts, for example, and follower counts are hidden.

Its non-serious nature is probably best described by a 27-year-old the New York Times interviewed, who described the website as a place where, “we’re just a bunch of losers honking our clown horns at each other.” Now, everyone can do so naked.