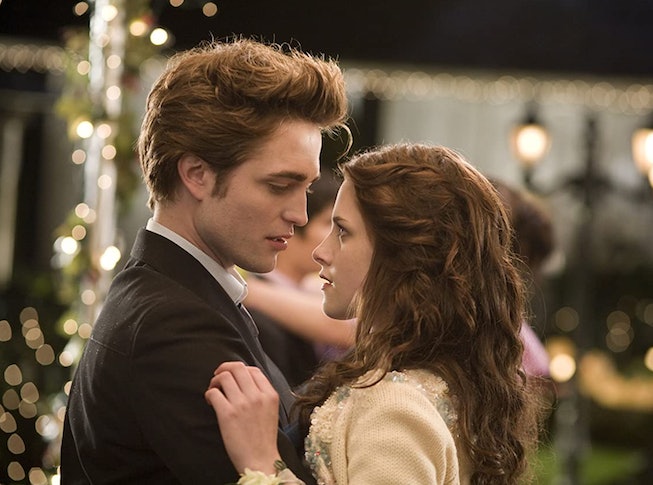 Time means nothing to the devoted. Even 16 years after Bella Swan, Edward Cullen, and his family of supernatural, sexy, and ageless vampires entered the pop culture zeitgeist through the book series and film adaptations, the Twilight saga still has one of the strongest and most vocal fandoms on the internet. And for good reason! What other film series brings a bizarre blue tint, a vampire baseball game, a chaotic trip to Italy’s vampire elites, and a love triangle between human, vampire, and werewolf? Name one! What other mystical teen film franchise launched the prolific careers of not one but two acting icons? Again, give us names!

Knowing these tried and true facts, it’s not surprising that Twilight stans had a field day when all four films — Twilight, New Moon, and both parts of Breaking Dawn — landed on Netflix. The fandom did what they had to do, which was inform the masses through a Twilight meme deluge for the ages.

No stone (or reference!) was left unturned. Twilight fans argued for the series’ placement in the coveted Criterion collection, expressed that its addition to Netflix deserved papal acknowledgement, and even brought Robert Pattinson’s later acting roles into the mix. No, the Safdie brothers and their manic feature Good Time are absolutely not exempt from the Twilight discourse.

Below, we’ve collected some of the funniest memes celebrating the series arrival on Netflix. In the eternal words of Edward: You better hold on tight, spider monkey...

Edward Cullen in his many forms...

Tired: To be or not to be? Wired: Team Edward or Team Jacob?

The cautionary hazards of being a Twilight stan are part of the deal.