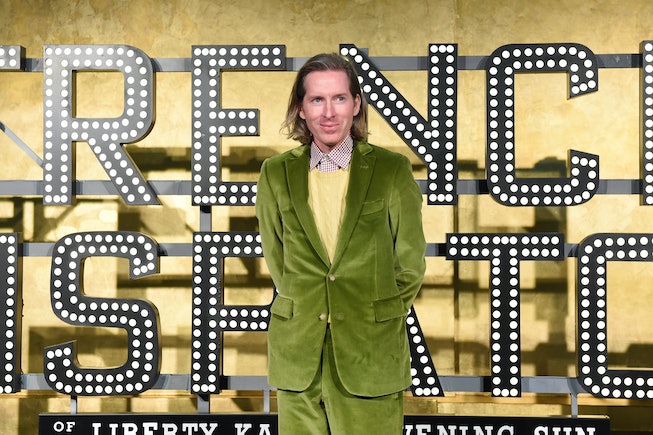 Even before screenshots of the most aesthetically pleasing stills of The French Dispatch proliferated Twitter, Wes Anderson had apparently already finished shooting his next film: Asteroid City. We didn’t know much about his secret little project (only that it was being shot in the town of Chinchón, Spain this past summer) until he shared the name of the film at the BFI London Film Festival. If we know anything about Wes, we can gather it’s going to have an iconic soundtrack, serve as inspiration for many a twee Halloween costume, and will star Bill Murray. Here’s what else we know, so far.

Wes Anderson cast many of his favorite actors

Asteroid City’s cast includes many of Anderson’s favorites, a circle that once you’re in, you seemingly stay in forever — including Margot Robbie, Tom Hanks, Scarlett Johansson, Jeffrey Wright, Rupert Friend, Adrien Brody, Tilda Swinton, Bryan Cranston, Hope Davis, Liev Schreiber, Jason Schwartzman, Tony Revolori, and, of course: Bill Murray. “It’s the usual cast of characters,” said Murray of Asteroid City, as reported by Screendaily. “We’re shooting it in Spain, about 45 minutes from Madrid. It’s fun out there, we’re having a nice time.” In November, Deadline reported that Jake Ryan of Moonrise Kingdom, Eighth Grade, and Uncut Gems (what a resume!) will be joining the cast as well. In a disappointing twist, Michael Cera was briefly attached to the project, but no longer.

But also, a new face!

Fresh off her role in Stranger Things, the film also stars Maya Hawke, beloved nepotism daughter of Uma Thurman and Ethan Hawke, who will be making her debut foray into Wes Anderson’s world.

Anderson first worked with Murray on the 1998 film Rushmore, thus beginning a decades-long partnership. “There are certain people you don’t take their calls; and there are certain people you just say, ‘OK, yeah,’” Bill Murray said of Anderson. “He’s one of those.” (On another note, who’s calls is Bill Murray not taking?) Similarly, you get deja vu from seeing Owen Wilson, Schwartzman, Brody, Swinton, Anjelica Huston, and Willem Dafoe in a slew of Anderson films.

The plot is about “the meaning of life”

The details of the plot were long kept under wraps, but the Spanish newspaper El Pais did report Wes hung out there from June through September and that the sets include a mock train station (hello, 2014 Tumblr!) and classic rolling landscapes. Discussing Film originally reported the story was a romance, but in February speculated it was instead about “a group of brainy teenagers.” It can probably be both?

Now, we know that Asteroid City is set in the 1950s and is described as a “poetic meditation on the meaning of life,” tha takes place in a desert town during a Junior Stargazer/Space Cadet convention, as reported by Variety. Chaos ensues as the event is disrupted by world-changing events.

Asteroid City will be released in June 2023

Asteroid City will have a limited theatrical release on June 16, 2023 with a wider expansion planned for June 23, 2023.

This article was originally published on November 9, 2021