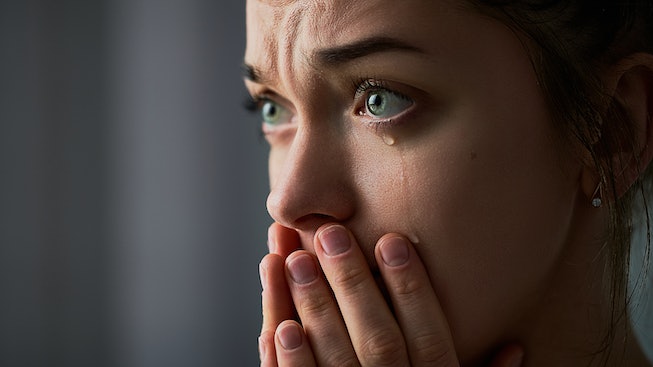 A disturbing new TikTok trend has hoards of out-of-touch white women showing their, um, scary good acting abilities by crying on command and then rapidly shifting into a smirk to show the tears were fake.

The videos, many of which can be viewed here, are particularly disturbing because white women’s tears have historically caused harm, violence, and death to Black people. Online, people have said the videos recall the violence done to Emmett Till, the 14-year-old boy who was lynched in 1955 after a white woman falsely accused him of offending her.

“The trend of white women crying on tiktok and then SNAPPING back to normal is not funny actually,” wrote one user. “As a black person I am constantly endangered by white women tears. The power those water works have over a black persons LIFE is shown time & time again in cases like Emmet Till.”

And of course, there are more recent examples of white women’s tears causing harm, including Amy Cooper, who called the police on a Black birdwatcher for...being in the park, or the white woman who called the police about the barbecue in a park in Oakland, and many more examples that don’t go viral. As one user pointed out, there’s an antiracism book called White Tears/Brown Scars on this exact topic.

“I don’t have anything except to say except we’ve been new we know under a system of white supremacy who is the most dangerous. This is not a trend look under the sound this is not a trend this is just our lives,” TikTok user Imani Barbarin posted in response to one of the videos.

(The trend is also a kind of bizarre acting flex, and writer Liz Jenkins joked about how all these women are auditioning for Get Out six years too late.)

According to Vice, the trend originated from a bizarre plot line in the CW show The Vampire Diaries, which somehow lasted eight seasons, in which characters can “turn off” emotions at the drop of a hat. The same sound used in the white women crying videos, which include a deep voice growling “turn it off,” followed by an ominous beat, comes from a clip of the show, which one user posted to TikTok in May.

The “turn it off” sound is being used for other memes about turning off your emotions, like a teacher telling a student to turn off their phone at school — but has mostly been used by white women fake-crying, who should probably just turn off this trend ASAP.

NEXT UP
Culture
Senators Quoted Taylor Swift During Ticketmaster’s Hearing
Culture
On The List (With Melissa Rich): How To Throw The Ultimate Apartment Party
Culture
6 Shows To Binge Once You've Finished 'The White Lotus'
Culture
11 Must-Read February 2023 Books
Style + Culture, delivered straight to your inbox.