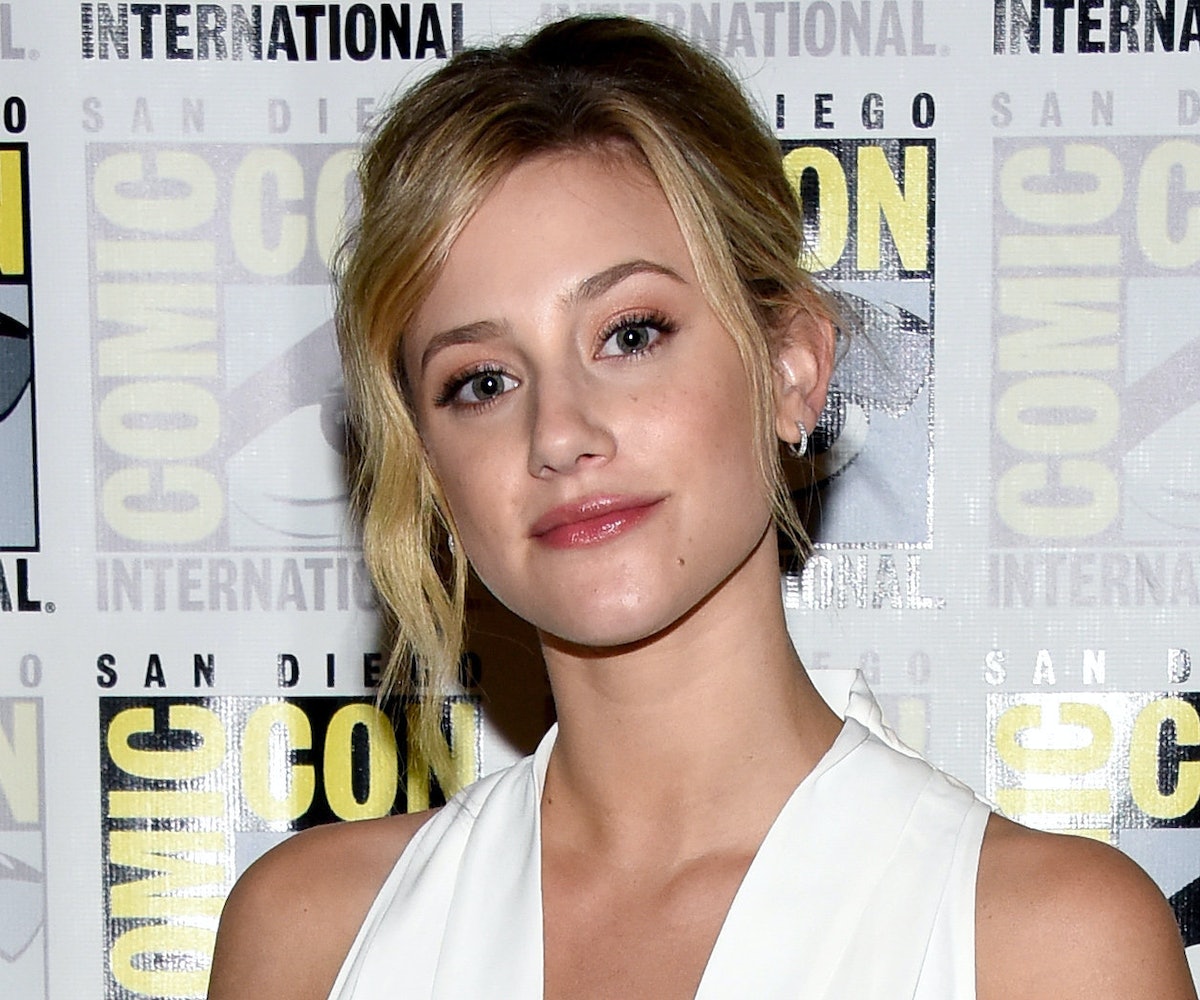 Lili Reinhart opened up about her struggle with body dysmorphia in a speech during Glamour's Women of the Year Summit on Sunday, pointing out that hyper-awareness of one's body is "the normal part of being a woman that no one really talks about."

In her speech, Reinhart said that her fixation on her body came as a result of her rise to fame, describing how "I didn't think anything was wrong with my body until I was in an industry that rewards and praises people for having a smaller waist than I will ever have." This led her to notice even the slightest changes in her body's appearance: "I became hyper-aware of my changing body. I could see the difference in my shape in photos and wondered if anyone else was noticing. I felt this strange, constant struggle of having to live up to the expectation of the appearance that I had already established to the world."

She says that the fact that we are inundated with unrealistic depictions of the "perfect" body by the media from a very young age contributes to the discomfort many feel with their bodies. "We aren't born with these insecurities," she says. "We are told to be insecure about certain things. We are conditioned to feel ashamed or embarrassed about certain parts of ourselves." She shared how when she was younger, she would seek out photos of celebrities with their flaws showing, because "we want to see glimpses of our own insecurities in them. We want to know that we aren't the only ones."

She also notes that she doesn't want her future children to have these same insecurities and fixations on their bodies as she does. She wonders aloud whether the culture will have changed by the time she has a daughter of her own: "Will my daughter be self-conscious about gaining weight? Will she feel the need to explain her body or justify it to anyone as it changes? Will she feel the same need that I do now— to apologize to her peers and say 'My body doesn't usually look like this,' or 'I'm just a little heavier than usual right now'?"

Reinhart notes that she has been criticized for talking about her body image because she is perceived as skinny by the public. But her message is universal: She urges listeners to embrace that "we are all imperfectly beautiful," and to understand that we are all affected by the unrealistic expectations that are placed on women's bodies.