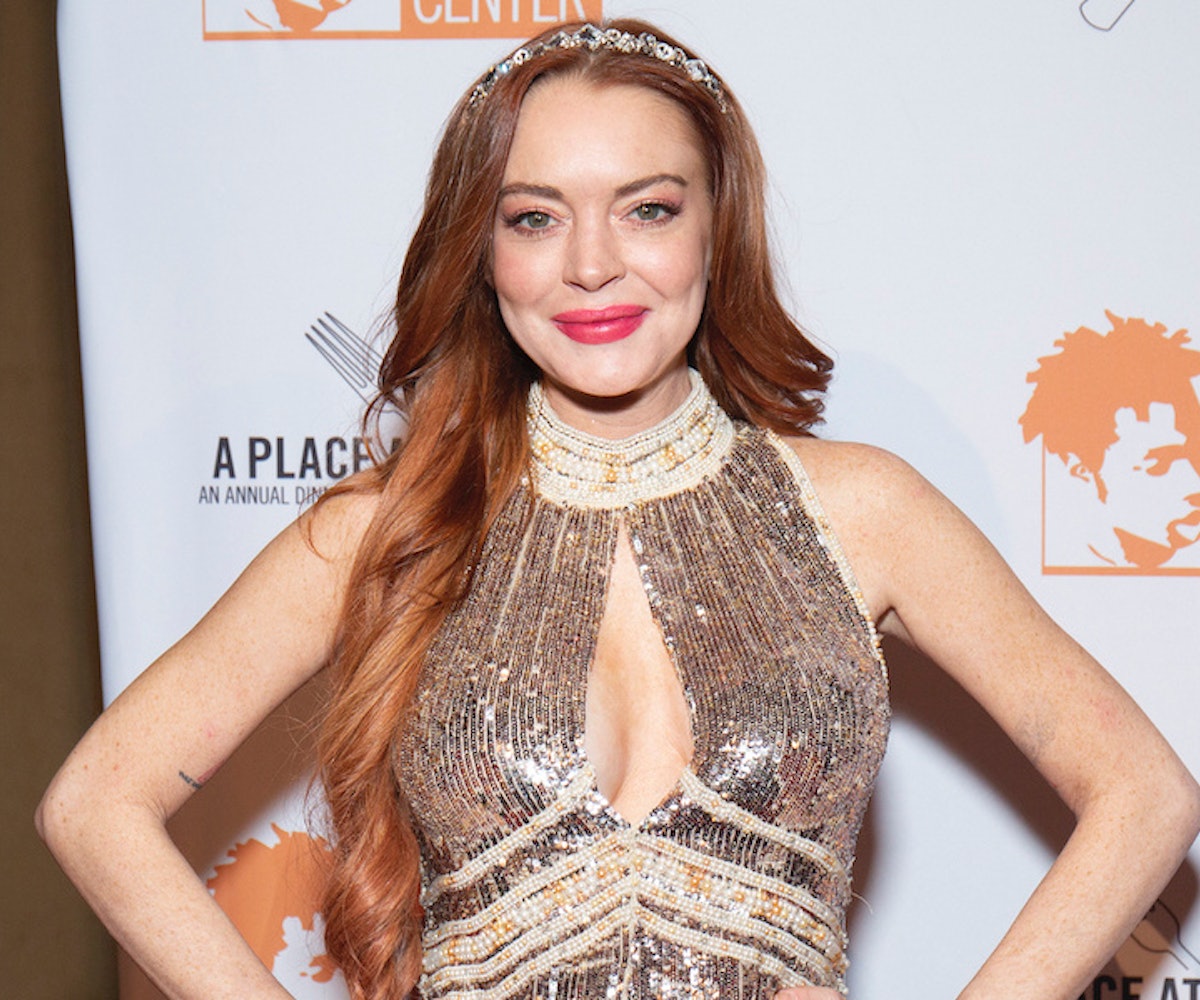 Actress, singer, and unofficial Mykonos correspondent Lindsay Lohan is moving fast, releasing her new single "Back To Me" days after teasing it across social media.

"Back To Me" is Lohan's first single of the year, and finds Lohan spouting a little self-love as she comes to terms with her arguably sordid past. "The song is about rediscovering and accepting oneself, shutting out the noise and moving forward and letting the past go," she explained.

"My life is full of ripped up pages / I've been weak, contagious," she sings over a punchy beat. "But I'm coming back, I'm coming back to me / Oh, but I know that everything changes." Overall, the song is just okay. Neither the beat nor the lyrics are especially memorable, but it's good to see her keeping busy when she's not pioneering iconic choreography.

"Back To Me" follows last year's pop number "Xanax," which featured warped sample of Alice Deejay's unforgettable 90s trance hit, "Better Off Alone." The two singles are not Lohan's first foray into music; she released two albums back in her heyday, Speak, featuring the cult favorite "Rumors" in 2004, followed by A Little More Personal (Raw) in 2005.