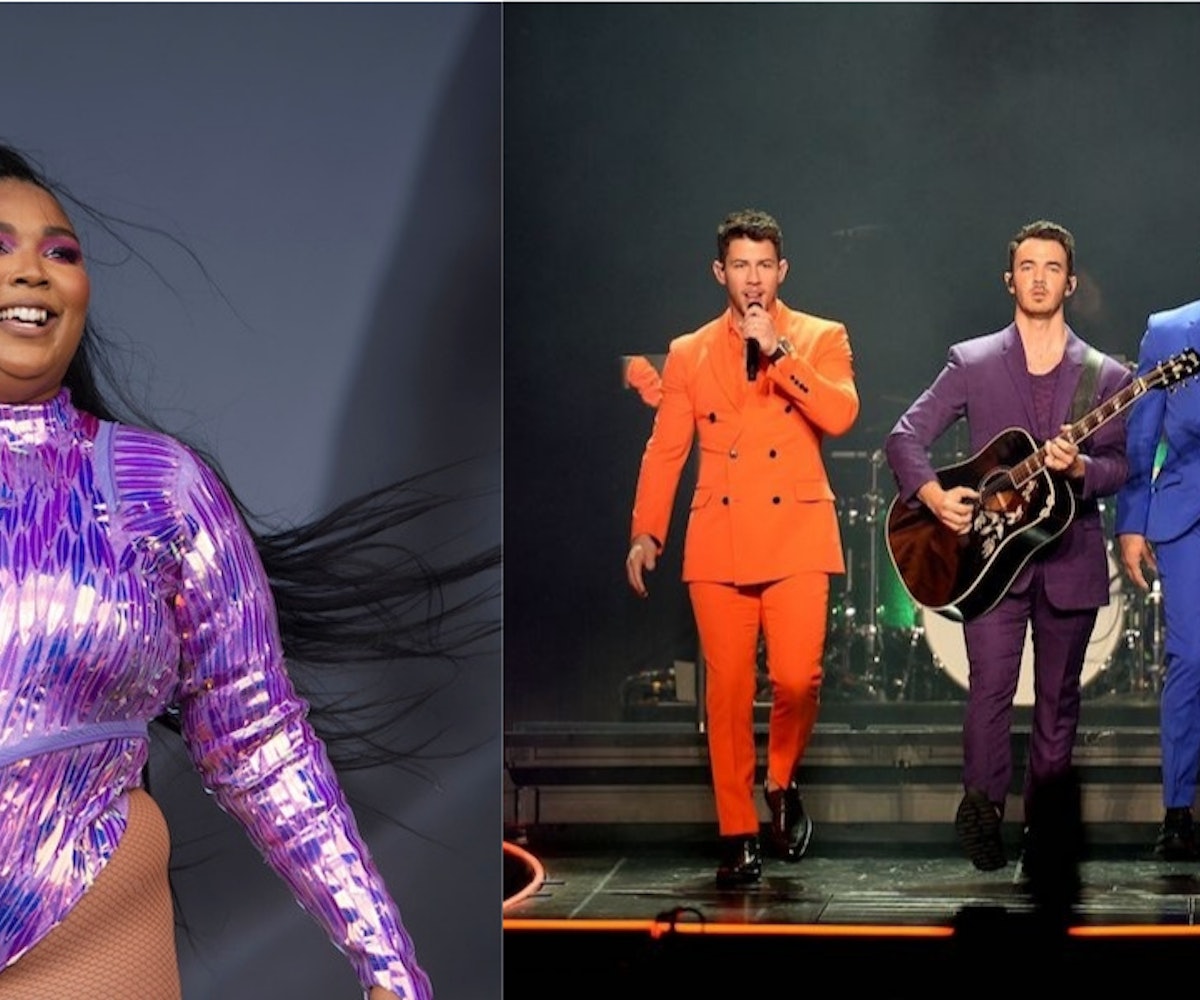 When a Lizzo song blasted over the speakers before a recent Jonas Brothers concert in Atlanta, Georgia, thousands of people joined and sang along. A clip of the stadium of Lizzo fans *not* at a Lizzo concert has since gone viral on Twitter, and Lizzo can barely contain her excitement.

When Lizzo saw the clip being passed around Twitter, she captioned it with one big typed-out yell, and honestly same. This entire stadium is exuding the same energy I do every single time "Truth Hurts" comes on shuffle.

The replies only go on to emphasize the true power of Lizzo. Twitter user @mamameelah asked, "White people on beat? Lizzo a magician," and she's not wrong. Lizzo said "bippity boppity on beat," and her stans complied.

Everyone seems to be surprised that those in the audience unanimously love the same queen, but it's really not that unexpected. Lizzo has the power to unite us all!