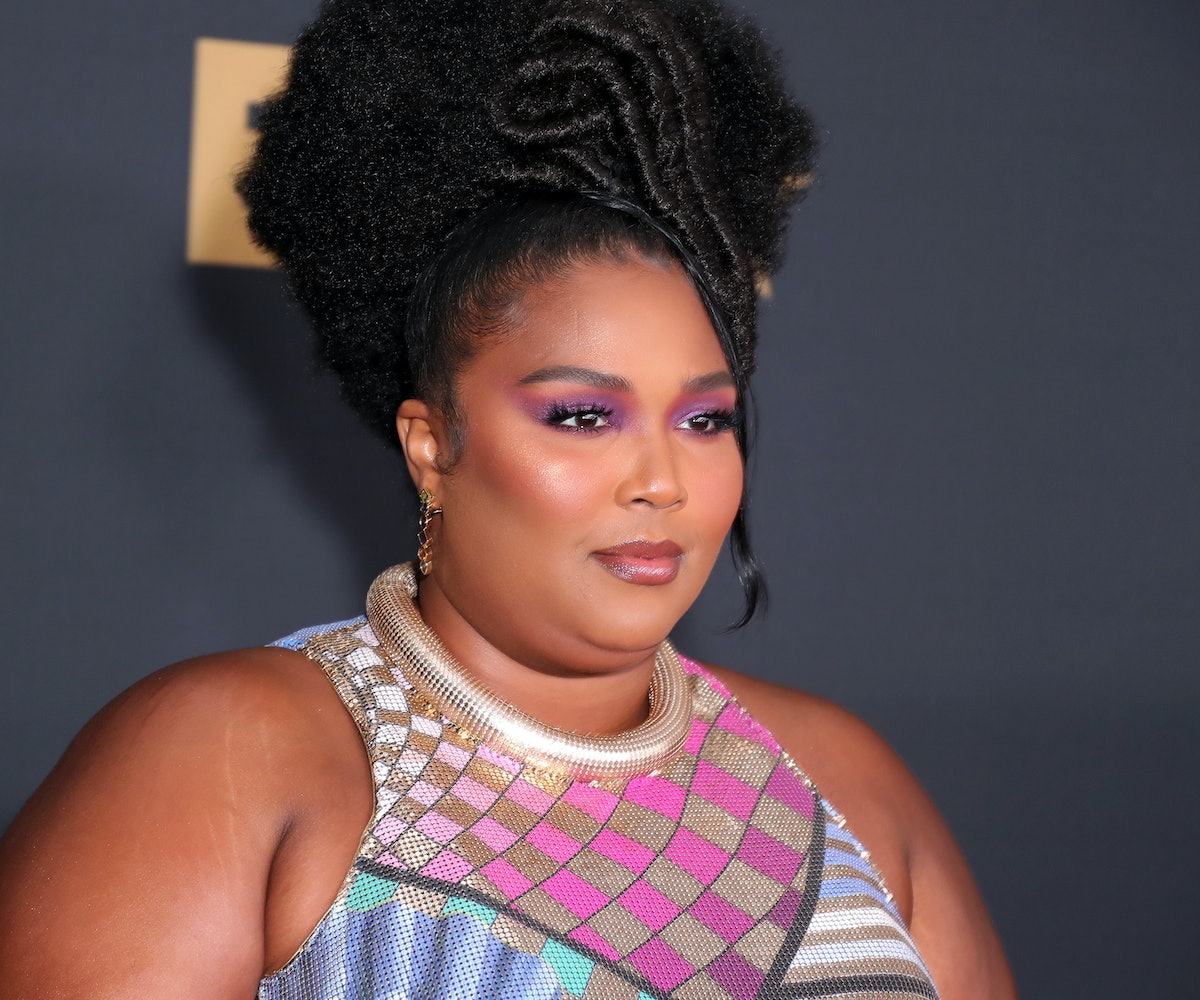 Thanks to social distancing, celebrities have more time than ever to try out a new look. While some stars have embraced unexpected dye jobs and their natural hair, Lizzo made the case case for trying out new hairstyles, wearing space buns and then braids for a newly posted selfie.

Sharing a photo with her followers on Wednesday, April 15, the performer gave a shoutout to her hair, writing, "The first is a selfie the second is a kissey face vid... pick ur pleasure. I like having braids. How's your day?" She didn't reveal whether both photos were taken on the same day, but she did show how transition friendly her braids can be.

For the first photo, Lizzo wore her braids down and parted to the middle. She then took each section and made it into a low pigtail. In the second photo, she changed things up, spinning her braids into space buns. She then chose two braided sections to leave out and allowed them to gracefully frame her face. True to her caption, she indeed made a "kissey face" and gave a smooch to the camera.

Throughout quarantine, Lizzo has been celebrating her braids, previously wearing them in a loose updo for a dance video. She was also previously spotted with space buns, perhaps signaling that she's stockpiling selfies, which is always a great move.

Even before staying at home became the temporary norm, Lizzo had found a way to incorporate her love of braids into live performances. During an apperance on Jimmy Kimmel Live, she sang her hit single "Juice," while getting her hair braided. There's no word on whether fans can expect a similar show from Lizzo in the future, but here's hoping her space buns make an appearance again soon.

Take a cue from Lizzo's hairstyles, below.