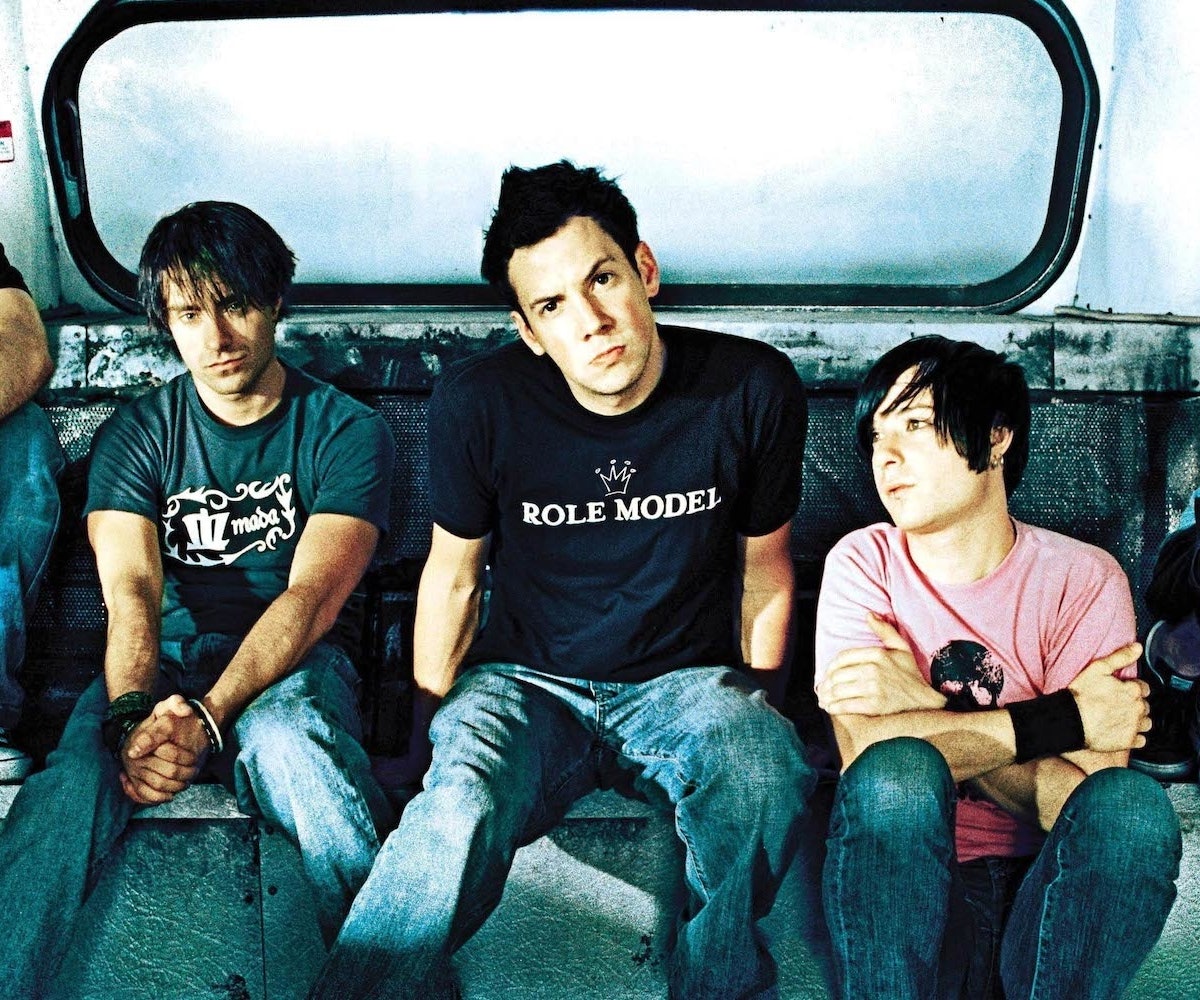 Simple Plan have long been the torch-bearers of mom-and-dad-don't-understand rock. High on the list of angsty power players of the early aughts— which included the likes of Blink-182 and Good Charlotte — the Canadian band put out albums that remain touchstones for emotional adolescence for anyone who grew up in the new millennium. With Still Not Getting Any, the band's sophomore album and biggest commercial success in the United States, approaching its 15-year anniversary, it's an apt time to reappraise it with proper distance from the initial release.

I'll be the first to admit that I'll never grow out of my emo phase (or take any early aughts pop-punk out of heavy rotation), but I've listened to Still Not Getting Any sparingly since high school. Though Simple Plan's debut album, No Pads, No Helmets... Just Balls, is home to several evergreen classics, Still Not Getting Any is notable for "Welcome To My Life," its highest-charting song and the biggest song of theirs in my life.

Without a smidgen of subtlety in the lyrics, the song opens up with a series of questions: "Do you ever feel like breaking down?/ Do you ever feel out of place?/ Like somehow you just don't be long/ And no one understands you." As an outcast at the time, those questions were my cue to cry, to let it all out as I finally was alone with my headphones. The song as I'd remembered it made me embarrassed for my former self who hung off every word, believing that the lyrics were speaking to what I thought was my particular experience. Years later, after I recognized how universal and heavy-handed the message was, hearing even the opening guitar chords would make me change songs when it popped up on shuffle.

Giving it my full attention once more, I now see the song as a time capsule, rather than a piece of evidence in the laundry list of things that made my teenage self very naive. At the time, the lyrics spoke to the depressed kid in me who was trying to find a sense of normalcy, fit in, and stop feeling so sad. Queuing up the song on an old iPod nano was both the sign of a bad day and the surefire cure for it.

Looking back at "Welcome To My Life" now, I'd like to offer my former self a little bit more empathy than I've doled out since, well, being her. Rather than feeling ashamed of my previous emotional torment, hearing lead singer Pierre Bouvier call out, "You might think I'm happy/ But I'm not gonna be okay," and recalling what it once stirred inside me, I am reminded just how much being a teenager really, really sucked.

Unlike so many albums by Simple Plan and others that can be easily turned up in the car as a fun dose of nostalgia — No Helmets is full of songs with emotional cruxes not reliant on the trials and tribulations of growing up, like "Addicted" and "I'd Do Anything" — Still Not Getting Any and "Welcome To My Life" don't enjoy the same timelessness in lyrical content. That's not to say it isn't still good, and worthy of its placement in the canon of pop-punk greats; it's just better enjoyed when you're ready to look back at your teenage afflictions with more fondness.