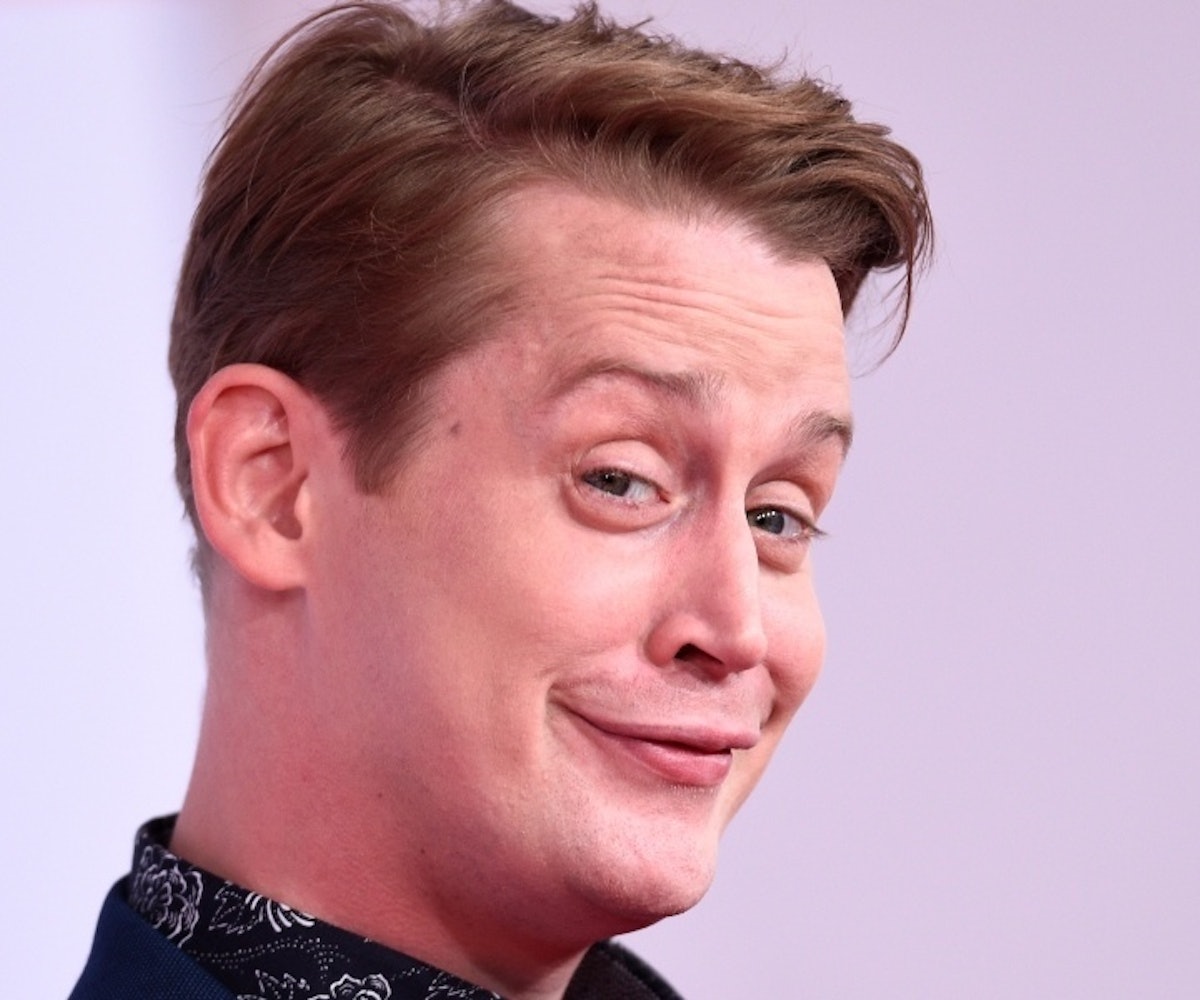 Disney announced that it would be remakingHome Alone for its forthcoming streaming service, and fans were not here for it. From the looks of things, neither is the star of the original film, Macaulay Culkin. The actor posted a photo of himself in his full 38-year-old glory on Instagram with the caption "This is what an updated Home Alone would actually look like."

In the photo, he is sitting with no pants on, grey boxers and a Macbook covering his junk, on an ugly brown couch. His belly pokes out of a tank top and his blonde hair is contained by some kind of oversized headband. Open takeout containers by his side, and a plate of food in his hand, Culkin looks content but skeptical, to say the least.

The premise of the first Home Alone is that Kevin (Culkin) gets accidentally left behind when his huge family flies to Paris for Christmas vacation. He enjoys the absolute freedom of having the house to himself, until two burglars show up and he sets a bunch of boobie traps for them. It was a perfect Christmas movie in 1990, but in 2019 it just doesn't hit the same. We have way too much technology to make a mistake as huge as leaving your own child at home. Plus kids these days only know how to post thirst traps, not boobie traps. All to say, I (and probably most of my late-20-/early-30-something peers) would, too, prefer my takeout with my precious memories of the 1990 film intact.

On Twitter, Culkin did tell Disney to "call him" so perhaps he may be able to talk some sense into the network and send them back to the drawing board.